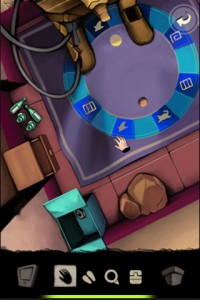 This is the fifth room that you’ll find yourself in - entitled “Puzzle.” If you want to take a look at our walkthrough of the Fourth Room you can find it via the link. So fire up your Escape The Room 2 game and let’s go!

Room 5 is named Puzzle and rightly so. At virtually every step you’ll take in this room, there’s going to be a puzzle of sorts waiting for you. First, let’s get the obvious out of the way: collecting the necessary items to get out.

Get the three parts of a rope that you’ll use later. These parts are lying around the room waiting for you. One is in the box in the south-west corner. One is in the mummy’s coffin in the south-east and one is lying on the floor in front of the speakers on the East wall. Next to the box where you found the first piece of the rope, there’s a drawer that will contain a screwdriver. Pick that up as well. The screwdriver and the rock in the middle of the room (which you can pick up as well) are not necessary to exit the room, though.

You can use the screwdriver on the sphinx’s right foot and get the Card of the developer. The rock you’ll use a little later on. 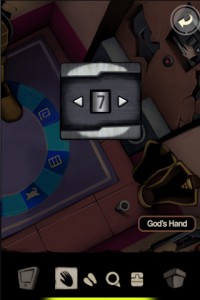 Your first puzzle is an age-old riddle

Time for your first puzzle. Head on over to the speakers and touch them. You’ll get asked a question. What has four legs in the morning, two legs at lunchtime and three in the evening? The answer is a human being. The explanation is that morning, lunch and evening shouldn’t be taken literally, but rather have them mean childhood, adulthood and old age. You walk on all fours when you’re a newborn, you stand up straight on two legs when you grow up and when you’re old, you need a cane to help your two legs (hence three legs).

Fail to answer this question, and you die. If you answer correctly, you unlock three trap doors located on the East, west and south walls, each containing a new puzzle. The East wall will ask you how many candles are left after you ignited 10 but seven were put out by the wind. You’ll be tempted to answer 3. Don’t! Those 3 that were not put out by the wind have burnt out. You’re actually left with the seven that didn’t burn at all. Correct answer: 7.

The South wall will ask you how many players are in a baseball team. I’m not a baseball fan, but I have Google to thank for this answer. Correct answer: 9. 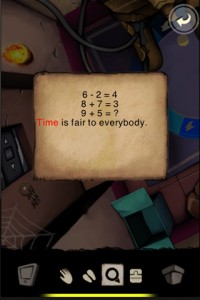 Once you set all the three switches to the correct numbers, a trap door will open near the South wall and you can go down. First, try to throw a rock down there to see that it’s too far down to jump. Next go to your inventory and mix the three pieces of rope to get one solid rope. Tie that to the post near the trap door and now go down safely.

In the other room, it’s pitch dark, but you can still make out the control panel on the North wall. Touch it and you’ll get contacted on your PDA. After you talk to the lady you find out something about the ventilator located on the South wall. She tells you to make some light in the room also. 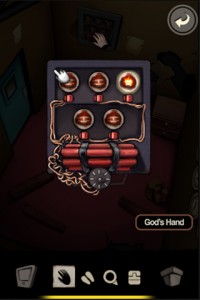 Touch the control panel again and see a lot of bulbs and wires there. If you touch the wrong one, you’re dead meat. Instead, notice that one of the bulbs is lit up. Touch that one instead and the room will also light up. 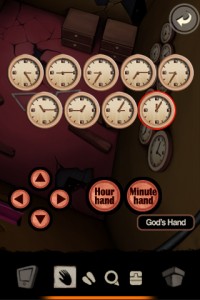 For some extra things, pick up the golden key in the north-west corner, the jigsaw 5 piece and the hidden magnifier in the two drawers. Also, take note of the weird sign on the floor, something looking like two rectangular shapes.

...with yet another puzzle

Move on to the clock on the East wall and arrange each of the clocks hands to form the shapes on the floor. It won’t matter how you’re using the minute and the hour hands. Just imitate the shapes on the floor. Once you do, the ventilator will spin briefly. Observe it now with your magnifying glass and you’ll see the code to exit the room. Use that on the door and you’re home free.