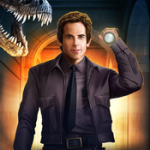 Night at the Museum: Hidden Treasures

There are just a couple of days left until the release of the newest Night at the Museum sequel. I just watched the trailer, and it looks like it’s got a good chance to be just as hilarious as the first two. If not better. And the game is a lot of fun, too.

Ups: Night at the Museum: Hidden Treasures is a really captivating, beautifully designed and creative mystery game. So, it’s not an endless runner. Thank God for that! Not that I have anything against endless runners, but promoting a movie with an endless running game has become kind of a cliche. Getting back to our game, I totally love it! You are the new guard at the museum, and just like Larry in the first movie, you’re about to find out your job is to keep a lot more things under control than you’d expect. Unlock exhibitions, find hidden items, complete quests, and keep everyone in the museum happy, so they don’t start doing all sorts of crazy stuff. It’s not an easy job. But, hey, somebody’s got to do it. And today, you can be that someone.

Every minute, you get a new battery. So, if you’re patient, you can do your job without having to take a real dime out of your pocket. However, if you’re too excited, and have no time to wait, you can buy pretty much everything with real cash. Buying a tiny pile of scarabs, cash, crowbars or bananas won’t cost you more than $0.99. But, if you want to have a pretty huge supply of one of these items, it will cost you up to $99.99. Now, I personally find that to be way to expensive. And you don’t even get an unlimited supply for that price. But, fortunately, you don’t have to spend all this money to play the game. You can always wait, and earn items, or buy a smaller pack.

Download Night at the Museum: Hidden Treasures from the App Store

Heroes of War: Orcs vs Knights

Battle-based games become more and more realistic. So, nowadays, it’s not only about fighting. You also have to think strategies, train warriors, and build camps. And the same stands for Heroes of War: Orcs vs Knights.

Ups: Heroes of War: Orcs vs Knights makes you feel like an actual troop commander. You train troops, send them to battle, set every warrior’s position in battle, and build a camp, with great defence and resources. Up to this moment, it looks like any other game of this type. But Heroes of War: Orcs vs Knights also brings some other cool stuff to the game. Besides being able to choose on whose side you want to be, the Orcs, or the Knights, you can also be part of a Guild. This way, you can help other players complete quests, and get helped in return, without having to connect to Facebook, annoy your Facebook friends with request, or build your own team. Of course, you have this option as well, but it is something you can do, not something you must.

Also, besides taking part in basic battle quests, where you are directly involved in the process, you can also take part in a sort of offline quests, where you don’t need to get actively involved. You just start the quest, and while you go on doing other stuff, the quest is being completed in the background. And you get pretty cool rewards for that, as well. Plus, you also have secret gifts you can unlock every couple of minutes. So, the game is pretty rewarding.

Downs: The screen is extremely crowded, so it might take you awhile until you figure out what every thing on the screen does. You have at least 10 buttons on the screen, power, gold, and supply bars, a chat window, and the camp, with all the items it contains. So, it’s not exactly what you’d call clean, and tidy. And battle-wise, after setting your troops, the more supplies a camp has, the longer will the battle last. That’s quite logical, indeed. But it’s also a bit boring for the player to just sit, and wait until the job is done, because it’s no longer in his power to do anything more to contribute.

Download Heroes of War: Orcs vs Knights from the App Store

After all this mystery solving, and battling, it’s time to also put your math skills, and logic to the test. And Noda is just the game to do it.

Ups: Noda is the best combination between hard and easy. It’s hard enough to feel like your mind is being tested. But easy enough to feel proud of yourself at the end of a level, rather than frustrated. I have absolutely no math skills, and the game is all about adding and dividing numbers to get a specific result. But I could still complete the first stage of the game without having to restart each level over, and over again. That’s because, if you think a bit, and look at the big picture, you can find the solution real quick. Plus, instead of restarting the level every time you run out of moves before completing the task, you can always tap on the undo button, as many times as you want, and go back to the exact step where you think everything started to crumble.

Downs: I honestly can’t think of any flaws, when it comes to Noda. Of course, it could be more social, allowing you to play against friends. It could have a more complex design. Include power-ups, and quests, maybe. Buy why complicate a simple game that does exactly what it should be doing?