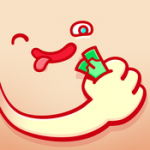 Although there are still a few months left until the release of The Witcher 3, many gamers seem to already be talking about it. So, I think The Witcher Battle Arena App Store game comes at a really good time. Especially for all of you Witcher fans out there who feel that May is not close enough.

Ups: If you enjoy(ed) playing strategy games like DOTA, or LOL, then you’re going to love The Witcher Battle Arena. Because this game is pure strategy. Pick your character, build your team, and start the battle of a lifetime. Your goal? Destroy the enemy base before they destroy yours. What do you need? Well, a good team to begin with. Which, depending on the game mode you choose (PvP, Coop vs AI, or Practice Mode), you can assemble yourself, or you are automatically assigned AI players on your team.

Either way, having a good team is crucial. As well as always keeping an eye on the map to see where your team is, where the enemy team is, and where you should be headed to complete the goal of the game. Unleash special attacks when the time is right. And respawn as a more and more powerful character, with every target you destroy. Win battles, and earn coins to unlock or buy other characters, as well as skins, and weapons.

Downs: You need a really good internet connection to play The Witcher Battle Arena. I don’t know if that’s necessarily a game flaw, but a slow internet connection will make downloading the updates at the beginning of the game feel like an eternity. And obviously, you need a good internet connection to play the game, especially in PvP mode. But regardless of that, what I really didn’t like was the Tutorial. I would have expected an interactive Tutorial for such a game, instead of having to watch a 6 minute YouTube video. It doesn’t take much of your time to watch it, that is true. But I don’t think filling your head with a lot of info in a short time is the best teaching tactic.

Download The Witcher Battle Arena from the App Store

It looks like Maths-inspired games are in. Rezult is, I think, the third or fourth Maths game I’ve played these couple of weeks, and it’s just as good as all the other, and original enough to be noteworthy.

Ups: Rezult tests your Maths skills in a creative way. You can play it on your own, or challenge a friend, which makes the game even more fun. Your platform is a basic calculator, and your job is to add, subtract, multiply, or divide the numbers on the calculator to reach the indicated result. But this is no regular calculator with numbers from 1 to 9 on it. There are all sorts of random numbers, so you need to think fast to find the easiest solution to your Maths problem. Preferably using some of the special numbers that give you a time or point boost. Because the clock is ticking, and until the time is up, you’ll want to have a high score. Especially if you’re competing against someone, and not just practising your skills.

Downs: The pressure of the time limit is pretty high, especially if you’re not so good at Maths, and you just want to practise. That doesn’t mean I don’t think the time limit is a good incentive that makes Rezult even more of a challenge, even when you’re playing on your own. But practise-wise, I think adding an Arcade mode, as well, would make the gaming experience even better for a larger range of players.

Sometimes, a silly game is exactly what you need to unwind after a busy, stressful day. And Moneygrabber! is exactly this type of game.

Ups: Moneygrabber! is easy fun. Your job is to move your character’s hand fast enough to catch the falling bills and coins. And, although it’s more arcade than level-based, every penny you earn counts. They all add up, game after game, and the coolest part is that when you reach a certain sum of money, you get to buy something. You also unlock boosters as you last longer, and collect more money throughout one game. So, although you’re making the same move over and over again, and you have just one basic goal to reach over, and over again, all these fun incentives keep you going.

Downs: At the end of the day, Moneygrabber! is just a fun time-waster. I don’t imagine it can get addictive or get you playing more often than when you take a quick break, or ride the bus home. It doesn’t have any spectacular graphics, gameplay, or story to it. But sometimes a good portion of silly fun is all you need to brighten up your day.