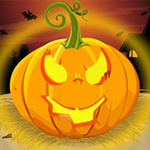 There's one night a year when you can afford to be as freaky as you want to be. Monsters and zombies are coming to life, and it's no Apocalypse. Minnie Mouse goes hand in hand with Frankenstein, vampires go along with beautifully dressed princesses, the new goes hand in hand with the old. And again, nobody seems to be disturbed by all this. Because this is Halloween. A night of joy, costume wearing, pumpkin carving, and above all: candy. And since Halloween is such an inspiring event, it's only natural for it to be a great inspiration for the App Store as well.

What would Halloween be without zombies? Exactly what the App Store would be on Halloween without a fresh, action packed zombie game. Unimaginable. The zombie game we think would make your Halloween even more exciting is Dead Trigger 2. And I must admit I'm a bit ashamed I haven't got to play the first game of the series. Especially since Dead Trigger 2 is so cool.

Dead Trigger 2 is a spectacular game. With an amazing real time story development, great graphics, easy to personalise controls, engaging missions, powerful guns and freaky zombies, it's more than a game. It's a movie you get to control. Join the Global resistance, and be a part of Dead Trigger 2 gaming community, thus enjoying all the benefits this membership brings along. Complete story missions, global missions or side-quests. Work along with the Gunsmith, Medic, Scientist, Smuggler and Engineer, all the NPCs you need to get your game up and running. And, most importantly, kill those zombie, of course!

We have zombies. Now, a couple of ghosts and other spooks would be nice. And that's when Fright Heights steps in. An engaging, multi-level, strategical game that will turn you into the master of suspense.

Your job with Fright Heights is to manage the hotel of horrors. And, you can imagine by now that this hotel doesn't need a regular manager. Instead of making sure everything is in order, your job is to make sure everyone gets the scare of their life. To do so, you have a board, where every empty spot is a room waiting for its monster or victim. Your job is to place both the guests, and the scary creatures on the board in such a way that the hotel guests are surrounded by ghosts, villains and other dark creatures. The better surrounded they are, the faster they run screaming. And your goal is to make them all run screaming, until there's no one left in your hotel. Addictive, smart, boost packed, and extremely engaging.

Now, we have zombies. All sorts of ghostly creatures, and other spirits of the night. A shooter and a puzzle game. But it wouldn't be a proper Halloween mash-up, if there was no endless running game. And even if it's more of an endless rolling on the tracks game than an endless running game, Rail Rush definitely satisfies our urge to play this extremely popular kind of game on Halloween, as well.

The rules are simple. As with most endless running games, in Rail Rush you use intuitive controls to go under or over obstacles, collect precious stones, gold nuggets and gems, and move from one track to the other. But, since it is, after all, a Halloween game, there's more to Rail Rush than that. Like the 5 exciting environments, where you get to dash through the Crazy Caves, the Horror Land, the Steam Factory, the Jurassic Jungle or the Pharaoh's Tomb. The ghosts and other deadly creatures popping on the screen when you least expect them to. Surprise levels. Halloween personalised power-ups. And more. It's a rush, indeed!

Our Halloween list of games would be incomplete without a matching game. And, although it involves candy, one of the most popular Halloween icons, Candy Crush is not our choice this Halloween. Instead, we found the Halloween edition of Bubble Shooter Adventure to be quite fun to play.

With Bubble Shooter Adventure, you have an entire board filled with all sorts of bubbles. Similar to other games, the goal here is to match 3 or more similar looking bubbles to clear them all off the board. But with Bubble Shooter Adventure, you don't switch bubbles with one another to reach your goal. Instead, you point and shoot other bubbles on the board, placing them as close as you can to the ones they match. And since it is, after all, a Halloween special edition, it's only natural you'll get spider bubbles, googly eyes, Frankenstein bubbles, and other scary looking bubbles, instead of your regular ones. Easy gameplay, simple controls, and a lot of fun.

Last, but not least, since Halloween is also the biggest Pumpkin fest ever, a pumpkin carving game was in order. We chose Pumpkin Creation to complete the task. And not only did we end up with some pretty cool photos, but also with some pretty great ideas for carving the real pumpkins in our homes.

Pumpkin Creation is literally a game for everyone, no matter how old you are. It's really intuitive and easy for children to use. But also a lot of fun for grown-ups, as well. You have all sorts of shapes and skins to apply to your virtual pumpkin. Funny looking noses, creepy looking eyes and mouths. Different textures and ornaments. Creepy backgrounds and music to go along with your design. And, of course, all sorts of differently animated lights to show your pumpkin. Create your own Halloween pumpkin, and share the image with your friends.

And the list of Halloween games is not quite done. There are still more Halloween games reaching the App Store every day. And also, popular games like Angry Birds, Minion Rush or Subway Surfers have also been personalised to celebrate Halloween along with you. I guess the new black is orange these days.

One Bite to “Trick or treat?”