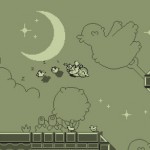 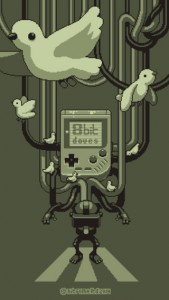 The App Store is home to all types of games you can imagine. Battle-based, shooters, mix and match, build and collect, puzzle, mystery…and 8bit Doves. 8bit Doves is something else. Something that I can’t yet categorize. It’s amazing, fun, challenging, and absolutely a must-have game. That is if you enjoyed playing Flappy Bird, and other similar game. But the most horrible user experience ever, if you don’t enjoy this sort of games. And it’s App of the Week in the App Store.

I don’t enjoy Flappy Bird sort of games. I don’t enjoy building, and collecting games either. But I can appreciate a game’s assets when I see them. Building, and collecting games are awful time wasters, and that’s the main reason why I don’t like them. But what makes them time wasters is that they are so catchy, you just can’t stop clearing one quest after another. And doing so gives you such a rewarding feeling, that you just can’t stop playing.

Plus, the graphics are almost always pretty nice, the game is complex, the controls extremely intuitive, and there’s a purpose to all this playing. You can actually see that you’ve accomplished something: you started with one tiny crop, and now you have an entire farm. You started with a dusty street, and now you have an entire neighbourhood built around it. You start with little, and, in no time, you have something to be proud of. Even if it’s not real. It’s just a game, after all.

8bit Doves, and all the other Flappy Bird similar games don’t do that. Playing 8bit Doves doesn’t feel like accomplishing something. You can see no progress. There’s nothing to make you go on. Only if you enjoy hitting walls more than actually catching the birds. Or if you are so determined that you would play a single level for hours just to prove yourself that you can do it. That you can, indeed, clear that irrationally hard, and illogical level, and get to the second one, that is even more irrational, and illogical. If there was a million bucks waiting for me at the end, real bucks, not game money, than maybe I would waste this time to play 8bit Doves. But no other reward makes it worth it.

...then 8bit Dove will also make no sense to you

From controls to graphics, and game-play, everything about 8bit Doves is intended to drive the player crazy. Playing 8bit Doves feels like looking for a needle in the hay sack. The needle has the same color with the hay. And there’s someone constantly moving the needle when you’re close to finding it. Oh, and you’re also on a rotating platform, while doing this. Even so, I think you’ve got a better chance to find that needle than clearing a level in 8bit Doves. And going through this experience is free of charge this week only, because 8bit Doves is App of the Week. So, normally I would have to pay to go through this horror? You have got to be kidding me!

Or is it something more than meets the eye?

But, in the end, 8bit Doves is App of the Week. So it was so popular, and well-received that it got to be App of the Week. Which makes me think there can only be one rational explanation: I’ve got it all wrong. The purpose of the game is not catching the birds. It’s constantly hitting the walls, over and over again, for as much time as you have to waste. Now, I get it. That means, I’ve been playing every game all wrong, so far. Super Mario is supposed to drawn, get burned, and stung by enemies. In Mortal Kombat, you need to let the opponent beat you alive. And when playing Scrabble, you need to have the lowest score to win. Thank you, 8bit Dove for making me see things clearer.

Have this iPhone Game already ?
What do you think of 8bit Doves? Scroll down for our comment section and let us know!