Home » iPad Tip: Redeeming Promo Codes And Updating All Apps At Once 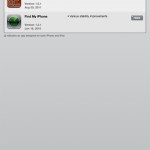 iPad Tip: Redeeming Promo Codes And Updating All Apps At Once

We all love apps and games. I personally have about 70 in total on my iPad and I just bought it a month ago. Even with a slower rate of approval the AppStore is known to have, there’s still barely a day that goes without me having to update an app. But what happens when you have to update 10-20 apps?

If you’re a reviewer like myself or you’re on the watch for those deals out there that give out promo codes for tweets or leaving comments on various blogs, you want to know how you can redeem that promo code and get your free copy of the app. So how do you do that? 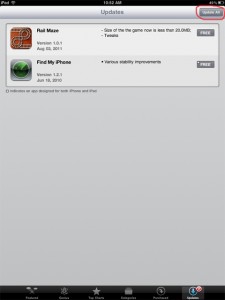 Updating apps all at once

It’s of course counter productive to download one update at a time, not to mention a repetitive and boring task. Not to worry, you don’t have to get your updates one at a time from the AppStore. Apple has a solution for that and it sits neatly in the upper-right corner of the tab bar in the AppStore app on your iPad. It’s called “Update all” and it will do all the work for you. All you need to do is enter your password when prompted (just once) and get on with your work.

So the next time you’re looking at updating 10-20 apps, shiver no more and hit “Update all” in the upper-right corner in the Updates tab from the AppStore app and it’s all good!

Of course, the same technique applies on the iPhone and a similar option is available on iTunes if you choose to update your apps on your desktop computer and sync the changes to your iDevice. 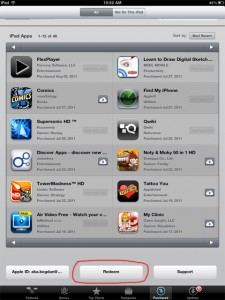 On the iPad, it’s pretty simply.

In iTunes, you need to go to the iTunes store, sign-in (if you’re not already) and in the upper-right corner of the window you will see your username. Hovering over it will bring up an arrow and clicking it will show you a dropdown with Redeem as one of the options. The rest is self-explanatory. Enter the code in the field and hit Redeem. Your app should start downloading immediately.

If you want to know if a promo code has been used, you can do it via iTunes on your computer. Open iTunes and sign out. Make sure you’re signed out before going to the next step or your app will just start downloading if the code is valid. While logged off, try to use the code and redeem it. If it’s been used, there will be an error message. If the code is valid and hasn’t been used, iTunes will ask you for your password to log in and then it will automatically download the app.

4 Bites to “iPad Tip: Redeeming Promo Codes And Updating All Apps At Once”