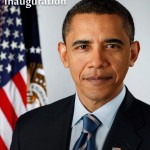 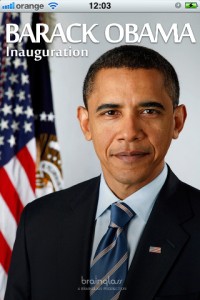 Are you Spanish, German, Russian, French or Italian? Is your English poor and would like to improve? There are thousands of apps for that. One of them is Learn English Reading Obama, where presumably you get to improve your command of the English language by reading through President Barack Obama’s inaugural speech from January 20, 2009.

How does it work?

The first thing you see when you first open the app is a list of dictionaries. This basically means that your native language must be Spanish, German, Russian, French or Italian, or you won’t find much use for this app. Personally, I wish there was an English-to-English dictionary, where advanced English speakers could polish up on their vocabulary.

After selecting a dictionary and accepting the terms and conditions (a lengthy document I’m sure no one really reads through), the idea is that you learn by listening and through exercises. Your first step is to play President Obama’s speech and listen to it while following the highlighted text on the screen. Think of Karaoke, but no singing. Tap on any words you don’t understand and they’ll be explained via the integrated dictionary. You can then save the word for your personalized language exercises.

And the exercises is where the learning really begins.

In order to access this area of the app, you need to have saved a couple of words from the speech. You can now learn these words through a flash-card system combined with spelling exercises that will hopefully get you on your way to learning English.

The spelling exercises is where the knowledge is consolidated. You’ve now seen the word written at least three times. You know what it means. So you need to be able to spell it correctly.

It’s not to my liking. The app is slow to react to pretty much any action you take. If you switch tabs, the app freezes while it “prepares” the new tab, even though that new tab might be just some settings. When first starting the app and after agreeing to the terms and conditions, you’ll be looking at the app for a while (10-15 seconds) as it prepares and activates the app.

Also, the speech itself is divided into pages. In play mode, when you listen to the speech and follow along with the highlighted text, whenever the page is turned, there’s an awkward pause in the middle of the sentence, the app freezes for a second, and then the speech continues.

All these are negligible, of course, but as with all things Apple, it’s the little things that make a difference.

Before the 2008 election, I used to listen to speeches by President Obama and was mesmerized by his understanding of the issues the US were facing, the solutions he was proposing back then. His words were carefully arranged on paper (by a guy a little older than me, I found out later) and his interpretation reminded me of my childhood when I would listen to old vinyl records that narrated stories like The Wizard of Oz or Red Riding Hood. But with “bigger” words. Words that I’m confident not all non-native English speakers understand.

So if you feel like President Obama’s speech might not be the best starting point for your English-learning endeavor, Brainglass and Vocab AB, the makers of Learn English Reading Obama, have a couple more options to get you started, all using the same system described here.

My thought is that these apps are not for beginners. You need to have an understanding of the English language at a minimum (at least), otherwise there’s no point in listening to the text at all. Not to mention that the app itself is in English, so “Tap anywhere to pause” might not mean squat to you.

Have this iPhone App already ?
What do you think of Learn English Reading Obama ? Scroll down for our comment section and let us know!