Home » Live The Man Of Steel Experience To The Fullest 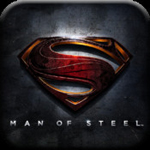 Live The Man Of Steel Experience To The Fullest

Man of Steel is probably one of the most awaited movies of this year. And with just a day left before the grand release, fans must be ecstatic. I know I am. And it seems like the App Store is also prepared for the event, with a couple of pretty cool apps. Some to get you in the mood, before actually seeing the movie. Others to help you keep that feeling you'll get when going to Man of Steel alive. And they're all right at your fingertips.

When I came across Kellogg's Man Of Steel, I must admit I felt a bit ashamed. Because this app has been hanging in the AppStore for almost a month now, and I had no idea about it. Had I known, my house would probably be packed with Kellogg crackers and pop-tarts. Because, with this app, all you need to unlock the super-powers of Man of Steel are the special codes on some of the Kellogg products. Just scan the code you're asked for, and you're good to go. Then, following a couple of easy steps, film your friends, and watch them gain super-powers like flying, heat vision or amazing strength. Only on camera, of course. But who's to say the whole thing is a sham, when you have videos to prove it?

Oh, and what makes this app even better? Kellogg's Man of Steel doesn't force you to buy Kellogg products to unlock the powers. If you weren't able to find the right products yet, or you are just finding about this app now, there's a link on the Info page of the app that will take you straight to the pictures of all the codes you need to scan. Pretty cool of Kellogg's to do that.

Download Kellogg's Man of Steel from the App Store

Man of Steel Experience does exactly what promises: makes the Man of Steel experience better, through photos, videos, and Augmented Reality. The basic utility of the app is to keep you up to date with all sorts of trailers and behind the scenes images. But what makes it noteworthy is that it actually makes this experience personal. By scanning all sorts of codes on some Walmart products to unlock cool stuff. By uploading your Man of Steel photos. But most of all, with the use of Augmented Reality, that doesn't only allow you to discover the marks other fans left around your location, but for you to also leave your mark, after casting your vote between Superman, or the evil General Zod.

Download Man of Steel Experience from the App Store

The graphics are spectacular, as expected, since we're talking about a Warner Bros game here. As for the game play, it's pretty similar to another Warner Bros hit game, Injustice. Your job is to control Man of Steel, helping him defeat all sorts of villains, starting with the little ones and all the way to General Zod himself. To do so, you have all of Superman's powers to protect yourself and fight to defeat all enemies. The game has both a Story Mode, and a Survival Mode. Plus, you have all sorts of suits to unlock, and abilities to upgrade and become more powerful, as you encounter more and more vicious opponents. And, since Man of Steel HD has just been released today, I think it's safe to say that this game is as fresh, shiny and new as the movie itself.

Download Man of Steel HD from the App Store