Home » My6sense Tries To Make Sense Of Your Media Stream 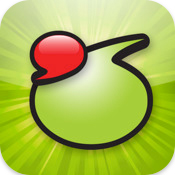 My6sense Tries To Make Sense Of Your Media Stream 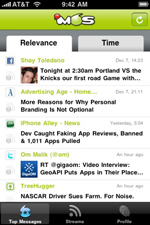 My6sense is not your usual RSS reader though. While it doesn't aim to compete with the already established Byline or NetNewsWire, my6sense actually does a pretty good job at replacing them altogether. The difficulty with any RSS reader is that it pulls information from all your subscriptions and gives them to you chronologically. And that's fine if you only need to manage a few subscriptions, but add up to a few dozen of them, and you're so buried by the information and you can't make any sense of it anyway. And this is where my6sense comes in, and sorts through your feeds pulling out content that aligns best with your interests. Digital intuition at its best.

Not A Mind Reader

No, my6sense is not a mind reader, nor are you actually downloading a crystal ball. The way it works is by making use of what you are reading on a constant basis to make suggestions. The first few suggestions might be besides the point, but the more you use it, the more relevant the stories pulled out of the feed will be. After using it for a few days, my6sense will start sering to you the stories you'd rather be reading, without cramming your iPhone screen with irrelevant blog posts you have to skim over to get to the good stuff.

Upon opening my6sense, you get a simple three-panel view, where you need to set your profile and provide the app with your feed reader that contains your feeds. From then on, my6sense will pull out stories and give you recommended readings under the Top Messages panel. As you go through its suggestions, the app will collect information about your reading habits, learning as you use it. Suggestions will improve over time, a rather short period of time I would say, but that all depends on the number of feeds it has to go through.

The app will look at messages you read, the links you click on, the stories you skip, and keep learning as you go along. You'll eventually get served the stories you're most likely to have read anyway.

Perhaps the problem with my6sense, as with all similar suggestion systems, is that they recommend stories on specific topics, while disregarding others. Sometimes, even topics of no interest to you will still grab your attention and that's where the system fails, or rather, lacks intuition. With my6sense however, you're offered a way out of this by switching back to a chronological timeline of your feeds and skim through everything without the app making suggestions to you.

Making Sense Of Your Social Media Life As Well

A big plus from other classic news readers, my6sense will also import your streams from Facebook, Twitter, Linkedin, Friendfeed or Flickr. What's also worth noting is that the app also lets you share the most interesting items you read via Facebook, Twitter and Friendfeed. With one tap of a button you can share a link with your friends, and this makes my6sense one of the best iPhone applications for sharing RSS items.

There is a lack of support for synchronization between my6sense and your feed aggregator. So items you read on my6sense won't show up as such in Google Reader for example. But what this iPhone app is really missing is an offline mode. As we've seen with many feed readers, if you're out of cell phone coverage and no WiFi, you can still use it to read stories that were updated at the last log in. Since my6sense makes read-recommendations with every app launch, there is no way to make them offline. But you should at least be able to browse the chronological timeline if you wish, even when out of internet range.

I've personally found it quite pleasing. My feeds are much easier to skim through with these recommendations. A lot of the times I skip stories I would have definitely clicked on because of the screen clutter, but that has decreased with my6sense. The app is free to download from the AppStore, so there is no reason why you shouldn't give it a try.

Have it already ?
What do you think of My6Sense ?   scroll down for our comment section.