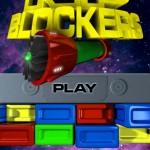 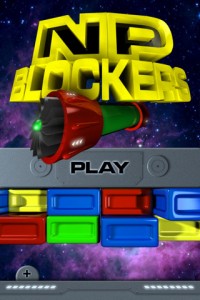 I'm sorry to say that cool space backgrounds and nifty HD graphics won't make any game great. The great design will most definitely create an experience that much better for the user. The stunning backgrounds will polish up an otherwise great innovative idea. But what if you take away all these and all you have left is the idea. And that idea is nothing new? Then you're stuck with NewPark Blockers HD.

What to do next?

If you did get stuck with it, there's only one thing to do. Play it! The game is an awesome brick game, just another bricks game, yes, but a great one at that. I could't believe (or accept for that matter) that you're not familiar with what a bricks game is. The basic idea is you have a pad at the bottom of the screen and a ball bouncing around the place. Don't let the ball fall behind your pad and smash all the bricks you see on the screen.

NewPark Blockers HD is nothing new at that. At the core and at the surface, you're looking at a bricks game with all the details, intricacies and hair-pulling involved in one such game. The only "difference" is the way that the developers have organized the levels, calling each set of 16 levels a world, with a total of three worlds, and thus 48 levels.

You might even know that any brick game that respects itself has powerups. NewPark Blockers HD is no exception, but they're the same powerups I've seen with any other bricks game. You have the power ball that smashes through everything in its path. You have the multiball that splits into more balls or the shooter pad that adds lasers to your pad.

Throughout 14 levels of the first world, I haven't seen a powerup that's a new addition to the genre. And it's exactly this lack of innovation that throws me off in a game. Sure enough, the game graphics are fantastic. You'll really enjoy smashing those shiny bricks on some great backgrounds. But if I take away the graphics component, it's the same 2D arcade game you can find for free on the AppStore.

To take another swing at NewPark Blockers HD, the music gets really repetitive after about two levels. I really wish they'd let me play music from my iTunes library. Alternatively, you can turn it off altogether, but I must admit that the music track is really great! It's really in tune with the game, the beat sounds good too, but with only one track of about 30-45 seconds long, you're bound to get tired of it.

So I'm sad to report that while NewPark Blockers HD is a great addition to the already existing collection of brick smashing games out there, it is still just an addition and not a genre-redefining game. It's ultimately up to you to decide whether or not to give it a try!

Have it already ?
What do you think of NewPark Blockers HD ?   scroll down for our comment section.