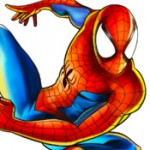 Ups: Spider-Man Unlimited is an engaging endless running game. And the best part about it is you don’t just run, collect items and buy boosts. This whole running thing has a purpose. Spider-Man Unlimited is a level-based game, not an arcade endless runner. You have particular quests you need to complete to clear each level. So, besides, endless running and collecting items, you also fight armed enemies, and evil bosses. Plus, you don’t have just one Spider-Man to complete the task. You can buy multiple Spider-Men, using the coins you earn in the game. Play the game in Arcade Mode to raise their level, then use the one with the biggest level and strength to complete missions. Or combine the powers and levels of multiple Spider-Men to make the Spider-Man of your choosing bigger, better and more invincible.

The controls are extremely intuitive. The graphics are pretty nice. And you have so many things to do and think through that Spider-Man Unlimited is far from being your regular endless running game.

Downs: I can’t say Spider-Man Unlimited has any essential flaws. It might be a bit confusing at first, when you learn the controls with the help of the Tutorial. But, as I’ve already said, they’re pretty basic, and intuitive, so you’ll get them in no time. And, even if it’s not a classic endless running game, it is, after all, an endless running game, which means Spidey will start running faster and faster as you approach the end of the level. There will be more and more obstacles coming out of nowhere. And it will get more and more difficult to control the game. So, this might get a bit on your nerves, as the missions get harder and harder to complete. But, after all, this is what makes most endless runners, and games, in general, challenging and engaging.

Ups: The Sleeping Prince follows a really nice story, and has really nice graphics. This, for me, meant love at first sight. When an evil spell is cast upon Cloudreach, everyone is doomed to sleep forever. Even our prince. But even like this, he can’t afford to just sleep around. And it is your job to guide him through all sorts of levels, each one with its own quests to clear, items to collect and beautiful surroundings to explore. But there’s no time to waste. You’re on a tight schedule, the clock is ticking, and all of Cloudreach is in your hands. Beautiful, creative, and an extremely pleasant time-waster.

Downs: I think The Sleeping Prince still needs a couple of technical improvements. For example, the game crushed once or twice after clearing a level. It saved the progress I made, but it was bad used experience. And, after being done with the Tutorial, it took a pretty long time for the next level to load. I didn’t have this problem with the next levels, but between the Tutorial and first level, I had to wait for about 10-15 minutes before I got to play the game. Plus, you can’t turn on another app and do something else with your device, while the game is loading. Even if the game runs in the background, if you get out of the game window, the loading process stops, and you have to start all over again, from the start, when you get back to the game. Either than that, playing The Sleeping Prince was a really pleasant experience.

If you’re more of the manager type than the racer, then Race Team Manager might be exactly what you’re looking for in a car racing game.

Ups: Even if it’s more about managing than actually living the thrill of the race, the game allows you to also be the driver, and not only the manager, in crucial points of the game. You get to do overtakes, try to avoid crashes, block other cars, and take pretty spectacular turns with your car, using the Gyroscope option. Plus, you also get to call all the shots a manager would usually call in this type of situations. Buy cars for the race. Decide the most appropriate style of driving. Choose the most appropriate time for a Pit Stop, and change the tires as fast as you can to prevent getting so far behind the competition. Race Team Manager is, basically, a one man show, and you are the man.

Downs: As intended, Race Team Manager is more focused on the managing part than the racing. It’s true you also actually get involved at the race in some crucial moments, but it’s far from being the same as when you’re behind the wheel from the start until you cross the finish line. It's fun that you get to combine the manager’s job with the racer’s. But then, again, you get to do a bit of managing in classical racing games as well. You decide which car to pick, what boosts to choose, when to upgrade your vehicle or buy a new one, and so on. And the thrill you feel behind the wheel is incomparable. Plus, truth be told, I felt that not even the managing part was so complex in Race Team Manager as it is in other games where you are the manager. Like Football Manager, for example.