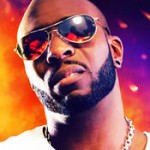 Ups: Vainglory is impressive right from the start, because of its graphics. They are complex, beautifully executed, and guaranteed to make you feel like you’ve actually stepped in a fantasy battle field. Vainglory is a typical strategy game, where your main task is to defeat the opposite army, while clearing quests, and constantly upgrading your hero. It’s a battle-based game, where the team that defeats the opposition’s base first, wins.

First, you need to pass a basic training, where you will learn all about the controls, and get a bit of battle exercise. Then, you can continue practising in Solo Mode, with whatever hero you choose to guide. You can invite friends to play, and start a team. Or you can opt for a Public Match, and get to fight along, or against random players. Plus, besides the basic Training part, the game has an even more extensive Tutorial that will help you learn all about the heroes in this game, how to form a great team, and how to improve your fighting skills. It’s a really complex game, that is well worth your while.

Downs: If you’re looking for a quick game, then Vainglory is definitely not your best choice. Your hero will die, and respawn a lot of times, especially since he needs to kill a couple of enemies to get stronger, earn more money to buy items that will make him even stronger, and upgrade different skills. So, every battle takes a bit more than awhile. Especially when the opponents are skilled gamers. Plus, when you opt for a Public Match, finding all the players that are needed for the game can also take up to 20 or 30 minutes. Of course, you can do something else in the meantime. But once you start the battle, it will be pretty hard to focus on something else, for at least half an hour, if not more.

If you’re looking for a pretty good, and also fun exercise for your brain, then Stick Hero might just be the right game for you this week. It might get a bit frustrating from time to time, but practice makes perfect, right?

Ups: I think you’ll be able to estimate distances better after playing Stick Hero. Because your main job, when playing this game, is to build sticks to serve you as bridges from one point to another. The longer you press your finger on the screen, the bigger the length of the stick. But the trick is that while your trajectory is horizontal, the stick's is vertical. So, as you press your finger on the screen, you get a longer, vertical stick. When you stop pressing, gravity does its job, and the stick falls on the horizontal. That's when you find out just how good you estimated the distance. And don't think you can play it safe by making a longer stick than you need, just to make sure you get from one point to another. Stick Hero is a smart game, and the creators took pretty much every scenario into account.

The thing is, you move your character from one pillar to another by building these bridges. But, at the moment you’re building, you just see two pillars on the screen. If the stick is too short, then your character won’t make it to the other side. If the stick is too long, he will make it to the other pillar, but he will keep on going until the stick ends. And since you can’t see the distance between the next two pillars until you reach that point, your character will again, inevitably, fall over the stick when he reaches its end. It sounds complicated, but that's only in theory. The simplest things are, usually, the hardest to explain.

Downs: Stick Hero becomes boring after playing it for awhile. Your first quest, so to say, is to collect 75 cherries to upgrade your hero. And, although it doesn’t seem much, it takes a pretty long time to collect these 75 cherries. Because they’re pretty tricky to collect. And I don’t think the process should necessarily get easier. But I think there should be other, easier quests along the way to keep you going. It’s a really good idea to have like a trophy bonus you need to work hard for. But some other, tinier bonuses along the way would only make the game more fun, and engaging.

One of the noteworthy free games this week is also a shooter, as it was the previous week. So, if the previous week, we got to test our guns with Contract Killer: Sniper, this week it’s All Guns Blazing’s turn to put your shooter skills to the test.

Ups: All Guns Blazing is an engaging game, where you’ll have a lot more on your plate than just shooting the good guys. Because in this game, you’re on the Mob’s side, climbing all the way to the top. Or, at least, trying to. So, besides shooting guys here, and there, you’ll also do a bit of construction work, building an entire Cartel from scratch, using the blueprints you steal during different Jobs. You’ll buy guns, new clothes, and upgrade your weapons, health, and damage. Plus, you also collect cards you can use during Jobs, to help you reach your objectives faster. Because every job comes with a specific objective, of course. It’s a lot of work, so once you get started, it might take you some time to take a break, have a coffee, and enjoy the view.

Downs: Although it is a lot of work and all this should get you really hooked, All Guns Blazing is not half as engaging as last week’s shooter, Contract Killer: Sniper. I think I was expecting more from the shooting part. It’s not as realistic, and you don’t have as much control as you did with Contract Killer: Sniper. Here, all you can do is shoot. When you tap on a character you want to shoot, your killer gets up and starts shooting, as long as you keep on tapping on the target. When you stop tapping, it takes cover again, and so on.

The game seems less strategical. A bunch of enemies pop out on the screen, and you shoot, and shoot, and shoot, until you need to reload. I know it is a shooter, but it becomes a bit monotonous at some point. And I think the graphics have a big part of the blame. They are far from being as realistic, and complex as they were in last week’s game. And, overall, the game doesn’t feel so well thought and organised. Comparison left aside, All Guns Blazing is an action-packed, and pretty engaging shooter. But compared to other shooters, there’s still room for improvement.