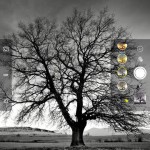 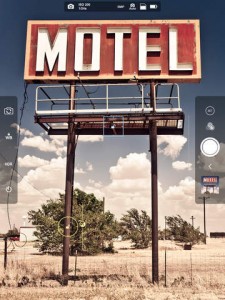 Making a video, or taking a picture is no longer enough to consider our work complete. We constantly strive for perfection, and as far as our pictures and videos are concerned, we can now achieve perfection in no time. Without having to take a picture, or record a video over and over again. There are all sorts of clever apps that make your photos, and videos look like they were taken by a Pro. And ProCam XL 2 - Camera and Photo/Video Editor is one of these apps. Now, totally free of charge to download, since it is App of the Week in the App Store.

ProCam XL 2 has all the tools you can imagine using to modify your pictures and videos. There are 5 main option buttons you can use, each one opening an extensive list of dozens of other effects you can apply to your photos and videos. Numerous filters, exposure compensation, white balance control, image size adjustment, perspective correction, contrast, shadows, fade, video editing frame by frame, and the list goes on, and on, and on. I think you could honestly spend an entire day experimenting to figure out what every button does.

And these are only the effects you can apply after taking your photo, or recording your video. You also have numerous setting options you can adjust to your needs and likes, before starting your project. Time format, location stamp, stamps color, and face auto snap are just a few of the options you can set to prepare your camera for the picture you are looking for. Plus video stabilization, time lapse interval, time lapse soundtrack, audio meter, and video zoom, if you’re looking to record a video.

As far as the controls are concerned, on the one hand, some of them are smooth, nice, and intuitive. In most cases, you only need to select the effect you want, then pinch, or swipe throughout the image to apply it. And you almost always have an easily reachable undo button to restore your image to its previous look. Especially since, in other cases, the effects are linked to a combination of controls. So, it might feel a bit like joggling, at first, when you see that you have to pinch, rotate, and drag to get just one effect. Later on, you probably get used to the combo controls, as well. And either way, after selecting a certain effect you want to apply, there’s an info box that pops on the screen to let you know what you have to do. However, it doesn’t stay on the screen until you start executing the command, so you need to read fast, and remember. This might look a bit annoying at first, but it’s a good memory exercise.

On the other hand, there were also a couple of controls that didn’t look so user-friendly. For example, instead of having an exit button to leave certain Menus, you need to tap again on the Menu icon. And, when I tried to cancel saving a video in the middle of the process, the app completely froze. It might be because my device is an older iPad generation. But since the app still supports it, it’s kind of a bad user experience when something like this happens.

Nice tool for all the Photo & Video lovers

All in all, I loved the large range of options, and effects ProCam XL 2 has to offer. But I think there’s still room for improvement, as far as design and controls are concerned. For example, Replay is also a video editing app, and although it might not have even half of the options ProCam XL 2 offers, it looks a lot nicer. That is, however, not a deal-breaker. I still encourage any Photo & Video passionate artist to give it a try. Especially since this week, downloading ProCam XL 2, and enjoying almost all of its options, is totally free of charge.

Have this iPad App already ?
What do you think of ProCam XL 2 - Camera and Photo/Video Editor? Scroll down for our comment section and let us know!