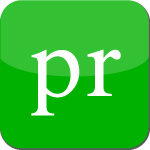 70 years after the start of World War II Apalon is proud to announce the launch of 100 Nazi Scalps iPhone game. 100 Nazi Scalps is an arcade styled game with unmatched graphics and sounds that allow users fully immerse into the authentic atmosphere of WW2. The game is now available for download on the Apple App Store.

This game allows players become a brave American soldier in bloody missions of World War II. The main character and other members of his squad were sent to Paris, France, but on the way their plane crashed. Everyone, except for the sergeant, managed to escape the burning plane and hide in the woods. That is how the first mission of the game starts.

Each level has its unique missions: as a fearless Nazi slayer, players will have to save the sergeant, hold the position until the squad arrives, kill Nazis or even get more scalps. The supreme test is to defeat ‘The Boss’- mean Nazi general - and the division of ruthless soldiers. The game immerses players in that “killing Nazis” atmosphere popular these days.

The game is likely to equal record of iPhone and iPod Touch applications developed by Apalon, that repeatedly reached TOP100 overall and TOP10 of various categories.

- 2-way-running game-play
- 5 levels, each having a mission to accomplish
- 7 unique weapons for both hands of the soldier (managed by a scrolling selector), including a knife and a bat for getting scalps.
- Kills and scalps records

"We see a great potential in applying our development talent to the creation of small but outstanding games that address burning topics. 100 Nazi Scalps got a lot of love during its production and was hardly let into the App Store" said Peter Melnikov, VP and co-founder of Apalon. "Released 70 years after the start of WW2 this brutal adventure game will definitely find a lot of fans among iPhone gaming community"

Apalon is a leading game development and animation studio focused on the iPhone and iPod Touch platforms as well as the Web. Founded as a game development arm of established and experienced software development vendor MoveYourWeb, Apalon uses advantages and knowledge of a solid company while maintaining a culture of a small boutique.