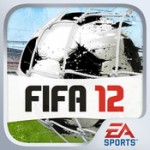 Euro 2012 is finally here. And what better way to celebrate it than with 5 soccer apps? Besides watching the games, of course. They're fun, they're new, and they're guaranteed to get you in the game frenzy.

The Official UEFA Euro 2012 is definitely the ultimate app when it comes to getting yourself informed about this year's European Soccer Championship. Whatever you want to find out about the teams, match days or any other Euro 2012 sports related news, you can with a single download of this app. Once you download it, you can check out the complete calendar of the championship, the groups and the teams, as well as lineups for every recent game. If you're particularly interested in a game or team, set up personalized alerts to receive the latest news. Find out everything you want to know about any of your favorite soccer players, and see the latest videos and photos. Also, for an even better update concerning the championship, you have full access to the UEFA Euro 2012 official Facebook feed straight from the app. And if you still feel like you are not up to date, you can even set Official UEFA Euro 2012 app to send you push notifications each time someone scores a goal.

Penalty Soccer 2012 is all about penalty or corner kicking, and goalkeeping. It's a game that teaches you the basic skills when learning to play soccer, while having some fun changing the looks of your ball and player. Once you're done with these details, choose what type of kick you'd like to exercise, and let the practice begin. For every game you play, you'll have 5 chances to prove just how good a kicker you are, and another 5 to prove just how good you are at goalkeeping. The more goals you keep and the more you score when the roles are reversed, the better the chance you've got at winning the game. And with every win, you receive all types of special tools that you can use to unlock chests that boost your experience level, condition or power ball. All in all, Penalty Soccer might not be as exciting as other soccer games, but it's just the thing that you need to get in that soccer frenzy.

Once you're done with practicing your kicking and goalkeeping, it's time to move to more serious stuff. And New Star Soccer is just the thing you need. Especially since it's the type of game that makes you believe that even you can be a football player. Now, don't imagine that it's as simple as a children's game, but it's definitely a lot easier than the Titan of soccer games called FIFA. With New Star Soccer the free version, you can choose to try the Arcade Mode or play up to 10 games in Career Mode. The main difference is that while in Arcade Mode, you mostly feel like practicing your soccer skills, in Career Mode, you sort of get to play the actual game. And I say sort of, because New Star Soccer is that type of game where you don't control the game at all times by actually playing it. Depending on how you choose to use your energy and the power-ups you buy at the end of every game, you get to make certain crucial moves during the game, like passes and even shooting at the goalpost.

But no matter which mode you choose to play, the rules are as simple as the graphics. The game is mainly made up of two frames and, while in one you set the trajectory of your ball, in the other one, you actually hit the ball by tapping on it. It doesn't sound extremely appealing, I know. But once you get the hang of it, you'll find it really addictive. Plus, it's got that certain something that every classic game being brought to the iPhone and iPad has.

Now, let's see. You're all done with getting informed about the championship, you improved your goalkeeping and kicking moves, and you also made some crucial moves in a couple of games. Guess, there's one last step you have to take before getting to play football as a Pro, competing against other players in FIFA 2012. And this final step is called Dream League Soccer. Some might actually argue that Dream League Soccer is even better than FIFA, especially since it's free. Either way, Dream League Soccer will make you feel like an actual player, from an actual team, at an actual championship game. From the beautiful design to the complex controls, this game is every soccer fan's dream. You get to choose the captain of your team, make transfers and other administrative decisions, plus you also get to play the game. You are literally the team. And as this team gets victory after victory, so will you get more addicted to Dream League Soccer.

Now you might think you’re ready for the big leagues. But your last test is FIFA12 - probably the most complete footy game on the iOS. Having been a big fan of the franchise (I’ve played almost every single release from Fifa99 - PC only - to 2012), I can safely say that not only has the game gotten better, but the AI has always received a significant upgrade with every release. The current FIFA12, as it stands, will pose serious challenges even to the die-hard players out there. You can choose to play small casual games with any major team you can think of, or you can follow your manager career path with a specific team. Trade players, train your team, play in the national league, battle for the cup try to win the Champions Cup and always go for glory. Perform well as a manager and the club will renew your contract at the end of the season.

Or you can choose to train another team and win other trophies. There are over 60 trophies on every content in every country. I currently have almost 30 of those, hehe.

The game play is fantastic, the graphics are astounding and, one upgrade that I’ve been waiting for, is a crowd upgrade. The songs they sing and the cheers tend to be very specific to the teams and this does make you feel right on the stadium with them. Awesome!

Did we miss anything? Let us know in the comments!