Home » Start A Quake In The Sky With Aeronauts 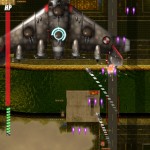 Start A Quake In The Sky With Aeronauts 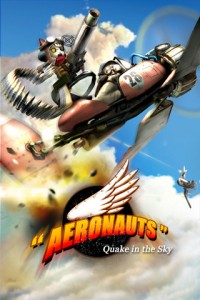 The time when wars were being fought on water or ground is long gone. Now, the fighter must master the sky to win the war. In this world, where the sky is the limit, you can be a cadet of one of the best flight schools. So grab your helmet, choose your plane and show the world that you are the ultimate fighter in Aeronauts: Quake in the Sky.

The goal of the game is to defeat the commander of the opposing team. But, as any respectable authority, he is protected by a large range of fighters. So, if you want to get to the boss, you first have to defeat his minions. And, as you come closer and closer to the final target, the enemy planes become bigger, harder to destroy and they have more bombs prepared to shoot you down. Luckily, if you select the target, you get more powerful, guided missiles, and that will give you a better chance at destroying the bigger enemies.

But, as the targets become harder to eliminate, the rewards get bigger. For easy targets you get bronze stars, for harder ones, silver, and for the hardest, gold. The more valuable the star is, the more points you get. And, since points can't buy you everything, there are also some enemy planes that will give you powerups and health points.

You get three of each

If Aeronauts would be a number, then it would definitely be the number 3. Besides the stars that you collect after destroying enemy planes, Aeronauts offers 3 different game controls, 3 difficulty levels, 3 free battle fields and 3 planes.

You can move your plane by tilting the iPhone, using the joypad or touching the screen left or right. And, if with other games, tilting gets to be more challenging than the game itself, with Aeronauts, you can choose the tilt sensitivity level. Just like that, tilt goes from nerve wrecking to easiest way to control your plane. I still think that the Joypad is the easiest and makes your plane the most maneuverable.

When it comes to your plane, you can choose from three different models, each one with its own characteristics that make it more suitable to specific missions. However, this won't drastically change the difficulty of the game. If you want to really put your skills to the test or, quite the contrary, you need some training in an easier battle, you have three difficulty modes to choose from. And, as you clear stages, you unlock others. There are three stages, of which you have to unlock two, free of cost. But also, you are given the option of purchasing another two for the cost of $0.99 each.

All in all, Aeronauts doesn't bring something that we've haven’t seen before. But it's exactly that type of arcade game that you will start playing during a coffee break, and when you look at the time, you'll see that you’ve already gone half an hour over your break. So, if you think you're ready to prove that you are the best fighter in the sky, there's only one way to find out. Download Aeronauts: Quake in the Sky and challenge yourself or compete against your friends through Nest.

Have this iPhone App already ?
What do you think of Aeronauts:Quake In The Sky ? Scroll down for our comment section and let us know!