Home » A Planet With Four Seasons And Ruled By Physics 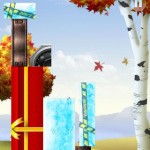 A Planet With Four Seasons And Ruled By Physics 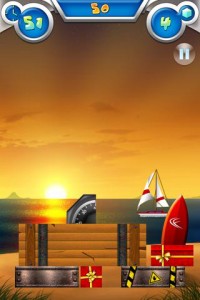 What is Four Seasons Planet?

Four Seasons Planet is an arcade game, where you have to calculate your every move to remove the delivery boxes on the screen in the proper order, so that the parts of the padlocks don't fall on the ground. The goal is to make them fall on certain boxes that cannot be moved. These are usually marked with certain writings or yellow stripes, so that you know straight from the start where the padlock has to land. The difficult part is how you make it land there.

With Four Seasons Planet, there are 48 levels to play, 12 for each season, and each one more challenging and addictive than the other. The only thing that you need to clear these levels is physics. The boxes are made out of four different materials, so, according to their physical properties and their position on the screen, you can predict how moving them in a certain order will influence the outcome. However, you haven't got all day to calculate your moves. The clock is ticking, so you better hurry, because if you're not done in 60 seconds, you'll have to restart the level all over again.

The game features two different game modes. The Arcade mode will let you play level after level, running through all 48 levels. The Free mode lets you play only the levels that you’ve completed in Arcade mode without having to retry that specific level. Other than that, there are no gameplay differences between the two modes. The Arcade mode levels need to be played consecutively, and the Free mode levels can be selected, as long as you’ve completed that level without a retry in Arcade mode.

Four Seasons Planet is a physics game at its core. It’s a decent game, with great graphics that run on all iOS devices. That’s surely a big plus for the game, but Four Seasons Planet is too static for my tastes. It puts your mind to the test, but a lot of the times, you also need to rely on luck for the padlock to land where you want it to. It’s a really good time-waster, although I don’t know whether I’d play a level more than once.

Have this iPhone App already ?
What do you think of Four Seasons Planet ? Scroll down for our comment section and let us know!