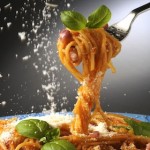 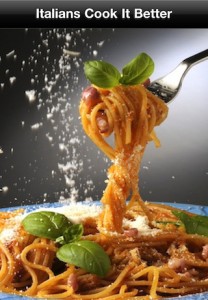 What is probably one of the most useful and organized apps I've seen in the Lifestyle category in the iPhone App Store, Italians Cook It Better provides one completely immersive experience into fine Italian cooking with localized recipes from all the regions of Italy.

Italians are not just about pizza and pasta. I dare say that it's one of the most complex cuisines out there, with influences from cultures like the Greeks or the French. They've turned cooking into an art, and with this iPhone app they're letting you in on some of their secrets.

Italian cuisine varies from region to region, with sometimes notable differences depending on the different ingredients found in the different regions. Italians Cook It Better features around 250 recipes from 20 regions of Italy. Recipes are organized into appetizers, first courses, main courses, side dishes, desserts and others (such as sauces or smaller dishes).

What's interesting to note is that Italians Cook It Better also provides some insights into the history and traditions of each region. The focus is of course on the gastronomy and what makes up the tradition cuisine of each region. I dare say that the historical content is not found online and is actually the result of on-the-ground interviews, research and word of mouth.

Recipes for all tastes and skills

When it comes to the main aspect of the app, the recipes themselves, you're looking at your standard recipe organization: a picture, the ingredients and the preparation. There's nothing really fancy about this, but one thing that all these recipes have in common is that the preparation instructions are easy enough for everyone to understand and follow.

You can sort recipes by regions, you can search for recipes based on keywords or main ingredient and you also have at your disposal a Celsius-to-Fahrenheit converter. One thing I felt was missing from the whole experience was the ability to add recipes to a Favorites list, where I can have recipes I'd like to come back to later on. While you can add your own notes to each recipe and even share it via email with your friends, I'd love to see a Favorites option in a later version.

My own Italian cooking

For me, cooking is experimenting. And there's no better way to test the theory behind a recipe other than to go ahead and experiment actually preparing that dish. For my little experiment, I felt like making beef. I choose to cook Stracotto, a traditional dish of the Emilia Romagna region, which includes cities such as Parma, Bologna or Modena.

Stracotto is essentially beef, onion, garlic and nutmeg browned in a pan and simmered for around 4 hours. The app lists this at a Medium difficulty level. You will find various versions of this recipe online by doing a simple search for Stracotto, but don't expect to find this version. The nutmeg gave the browned beef an exquisite taste, and even though it took about 3 hours to make it, it's definitely one dish I'll remember.

For me, Italians Cook It Better really hit the spot. I'm a food enthusiast, have worked as a chef and cook in diners and fine-dining restaurants on the East Coast, and I've always had a soft spot for cuisine. While there are hundreds if not thousands of cooking apps in the App Store and plenty of cooking apps that concentrate on Italian cuisine, Italians Cook It Better stands out as the most organized, user friendly and, more importantly, home-cooking-oriented iPhone app to date.

Have it already ?
What do you think of Italians Cook It Better ?   scroll down for our comment section.