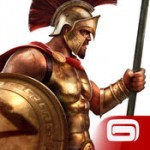 Looking to solve some mysteries this week? Then Agent Alice has got a case for you!

Ups: Agent Alice is one of those games you will just not be able to stop playing until it’s done. Especially if you’re the type who just can’t leave a mystery unsolved. It’s really engaging. And with every new clue you discover, you witness how the entire story unravels before you. The tasks are really quick, and quite easy to complete. So the pace of the game is really fast, and that only makes it more engaging, and fun. It’s like a boost of energy that just keeps you going, and going.

And I really liked that you can earn the things you need to go on playing. You need energy to look for clues, but even when you run out of all the energy packs you win along the way, in time, your energy bar fills up again. And you need stars to examine the clues, and solve the mysteries. But you can earn these, as well, by looking for more items, and clues, in different stages of the game. It does take longer, indeed. But, at least, you have this option.

Downs: At first, it felt like the player didn’t really have to do much in this game. Just spot a couple of items hidden among other tons of items in what are supposed to be all sorts of crime scenes. This does test your attention to detail, indeed. But I was somehow expecting to do a bit more. And luckily, after playing the game a little longer, you actually get to do some other stuff, as well. Like testing your hand-eye coordination to help agent Alice aim, and shoot a suspect. Or put together the puzzle pieces to recreate a torn apart letter. And so on; I don't want to spoil the entire story, now. Little things, still. But it is, after all, a mystery game, so I guess it’s only natural you should spend more time observing, than actually doing something.

Last night, I watched 300 for the fifth time, I think, so I must admit I was a bit subjective when choosing this game. But I wasn’t disappointed. Age of Sparta is quite an engaging game.

Ups: Age of Sparta was love at first sight, because I found the loading process of the game to be quite brilliant. Not necessarily because it loads fast. But mainly because, as you are waiting for the game to load, the story of the game is unraveled through beautifully designed images, and well-crafted words. So, it doesn’t even feel like you’re waiting for something to happen, because your focus is already on something else. Really smart.

Now, as far as the gameplay is concerned, I liked that the battles are really short. Plus, after setting your troops, you can still interfere in the battle, by swiping on the screen to dodge attacks, or tap when some item comes along the way. And you train all sorts of soldiers, each one with its special skill. So, when sending them to battle, there’s also a bit of strategy involved. Each skill works better against a certain skill. It’s a sort of rock-paper-scissors thing. Quite easy to remember. But you can also take a look at the info chart, whenever you want to make sure you picked the best strategy. Build alliances with other actual players. And try the PvP battles, as well, to really put your skills to the test.

Downs: I must admit I was a bit disappointed at first, when I saw that Age of Sparta was a building, and collecting game. When I downloaded it, I was sure I would be playing a full-action battle-based game. But, as you go on playing, you soon discover that the battle-based part is as important, if not an even more important part of the game, as the building and collecting part is. The game is, however, extremely time consuming, because there’s always another quest to complete. And the irony is that the quests are quite fast to complete. But the easier it is to complete them, the more you want to play, and so on. Before you realize it, you’ve been sitting in bed for the last three days, eating pizza, and playing Age of Sparta. Pretty wicked, right?

I always find it quite clever when App Store games are designed to promote a soon to be released movie, book, PS or Xbox game. The result is almost always really nice. And HOME: Boov Pop! is no exception.

Ups: HOME: Boov Pop! is dreamy, dreamy, dreamy. No wonder it’s created by Dream Works, since it has such a fantastic design, and story behind it. You feel you’re carried in this dream world right from the start, where imagination is the only limit. Your job? Connect same colored bubbles. No mix, and matching. Just focus on finding the longest string of same colored bubbles, and connect them with a simple swipe from one to another. Tap on sparkly bubbles to clear a bunch of bubbles around them. Use rainbow bubbles to connect different colored bubbles inside the string. And constantly discover new boosts, gifts, and coins, while playing some of special levels the game includes. Plus, if you still need more of an incentive to play, with every level you clear, you are constantly reminded that, if you go on playing until you reach a certain level, you’re going to unlock something pretty incredible. Now, how can you say no to that?

Downs: HOME: Boov Pop! is fun, and sweet, and it’s got really amazing graphics. But I can’t say it’s got me hooked. Maybe I’ve just played too many similar games. Of course, I can’t blame the game for not being what I was looking for. But I can consider it a flaw that, although it’s new, it doesn’t feel fresh. And playing it doesn’t feel like a unique experience.