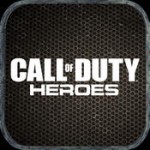 Dumb Ways to Die 2: The Games

It was my 14 year old sister who convinced me to download the first Dumb Ways to Die game. I had a feeling it was going to be really, really dumb, but I wanted to make her happy. And, surprisingly, playing the game made me happy. And Dumb Ways to Die 2: The Games was an even bigger, better surprise.

Ups: Dumb Ways to Die 2 is pure fun. You probably won’t last longer than a couple of minutes per game, so it’s not time consuming. The challenges get harder, because the pace of the game gets faster as you keep on playing, but that doesn’t make it annoying. The graphics are funny. The challenges are even funnier, if you like a bit of dark humor once in a while. And with this sequel, the first game only got better. It’s still arcade, but now you have all sorts of stages you can try, each one with its original challenges. Go to Freezerville for ice cold challenges. Visit the Dumb Dome to feel like you’re at the Olympics. Drown Town is all about overcoming your fear of water…and what lives way beneath it. And in Dumbest of the Dumb, you exchange tickets for the possibility of winning a new character. That is if you can get a certain number of points. It’s fun, fun, fun!

Download Dumb Ways to Die 2 from the App Store

If the second Dumb Ways to Die game was far from being time consuming, Call of Duty: Heroes might take up all your free time, and more, if you get carried away. That’s how complex, and engaging it is.

Ups: Call of Duty: Heroes is an all in one game, where your job is to pretty much do everything. Build the base camp from scratch. Train soldiers. Upgrade constructions for a better functionality of the camp. Get involved in battles to collect rewards and win other heroes on your side. Build offensive and defensive strategies so you can win campaigns using the fewest resources that you can, and protect your base camp from enemies. You shoot, you build, you think strategies, and keep on going. There’s always something for you to do next, and the game only gets more and more engaging.

Downs: Call of Duty: Heroes is extremely time consuming. It’s not that you must waste a lot of time to build something. Or to finish a campaign. Or to train the soldiers. A part of these tasks can be completed without your constant implication. You need to be there to place the soldiers during a battle. But once you start the building or the training process, you can turn off the app, get back to it later, and it’s all done. So, what makes it so time consuming? Well, you. The player. The game is so complex that it’s pretty much like a household: there’s always something more to be done. And in Call of Duty: Heroes, it’s hard to stop doing what needs to be done. It’s the curiosity of seeing what comes next, and the excitement of seeing what you’ve built so far. I’ve said it once before in another game review, and I say it again: that’s not necessarily a downside for the game, as it might be for your social life.

Download Call of Duty: Heroes from the App Store

I needed to update my device to be able to play Darkness Reborn. And after the last iOS upgrade, I had my concerns. But the game just seemed too good to not give it a try. So, I did. And I don’t regret it.

Ups: Darkness Reborn is a PvP battle-based game that will make you feel more like you’re playing on your console than your Apple device. It’s action-packed. The graphics are pretty nice. The storyline is quite captivating. And the gameplay is engaging. You go from one level to another, while having to clear a couple of missions per level. Whether you choose to be a blood-thirsty warrior, or a more reconciling ninja, your job is simple: clear the missions, destroy all the monsters and evil bosses on your way, collect gold and items. Equip your character with the armors you unlock. Upgrade the armor he’s wearing paying with the gold you earn. And get better, cooler powers as you clear the levels.

Downs: I, for one, wasn’t such a big fan of the controls. Although I can understand why the creators chose the joystick movement option, I find it less intuitive, and harder to control than just tapping on the screen in the direction you want your warrior to follow. After a couple of levels, I did get used to the joystick control, but I still find the other option to be more intuitive, and user-friendly. The Tutorial is a bit strange, because in the first battle it seems to only be focused on the joystick movement option, while there are other buttons on the screen that you don’t quite know what do do with. In the second battle, however, everything is explained in detail. And the game does take a bit long to load, but that's only the first time, so I guess it’s understandable. Other than that, all downs left aside, I think Darkness Reborn is my game of the week, that I’ll probably end up playing more than I plan to.