Home » Who Has Ever Dreamed Of Becoming A Teenage Mutant Ninja Turtle? 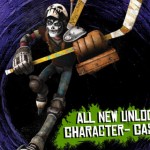 Who Has Ever Dreamed Of Becoming A Teenage Mutant Ninja Turtle?

It might sound like a blasphemy to Ninja Turtles fans all around, but I’ve never really watched the show or read the comics. Neither as a child, nor as an adult. And still, even if I didn’t have access to the real thing, the Teenage Mutant Ninja Turtles are no novelty to me. That’s how much of an icon these turtles are to people all around the world. So, I think it was about time for a good Ninja Turtles game to come to the App Store. And this week only, it’s totally free of charge.

I repeat: I didn’t watch the show or read the comics as a child, but I still remember receiving a toy Ninja Turtle for one of my birthdays. I didn’t know at that time, but that Turtle was called Raphael. And I was happy to see him again when I started playing Teenage Mutant Ninja Turtles: Rooftop Run. And, of course, I chose him to be the character I help destroy evil aliens in this game. And if you’re a Donnie, Leo or Mickey fan, there’s no need to worry: you can choose whoever you want as your lead character. And unlock even more characters like April and Casey Jones.

But let’s cut to the chase and see what this game is really all about. Teenage Mutant Ninja Turtles: Rooftop Run is an endless running game, as you probably can imagine. And your job is to guide one of the turtles through rooftops, the streets of New York, and other exciting places. Kill evil ninja aliens on the way, avoid bombs, try not to fall over rooftops, or hit obstacles when you’re driving, and collect energy orbs to unlock exclusive weapons, gear and boosts. The more orbs you collect and the better your game is, the more coins you earn to buy all sort of cool stuff and boosts for your ninja warrior, or the vehicle he drives around in some of the stages.

Super easy to control, but still quite a challenge

The game is super easy to control: you practically tap on the screen for mostly everything. Tap to collect orbs, tap to jump, tap to fight against enemies. Or swipe, when you’re in Vehicle Mode to change lanes. So, it looks pretty easy at first sight. Plus, since it’s designed by Nickelodeon, my first thought was it’s a kids’ game. And you easily get all sorts of boosts, and the Pizza Time Mini-Game is so cool because you don’t get just one, but numerous rewards a day. So, again, it looked pretty simple. But don’t be fooled. Teenage Mutant Ninja Turtles: Rooftop Run is not a kids’ game. It’s pretty challenging. And if you want to avoid spending tokens to go on after you play, you’ll end up going through the same stages of the game over and over again.

So, Teenage Mutant Ninja Turtles: Rooftop Run is not really what I would call a piece of cake. But it’s also pretty fun too. And besides all the cool stuff I’ve already told you about, there’s one more. Probably the coolest of them all. It’s called Turtle Time, and it activates when your green energy orb is full. And for the short time this option is active, your turtle is practically unbeatable. The enemies move in slow motion, and if you tap where indicated, you’ll get really cool results. Amazing graphics, great sound, and a real-time looking battle. Turtle Time is really, really cool!

Have this iPhone Game already ?
What do you think of Teenage Mutant Ninja Turtles: Rooftop Run? Scroll down for our comment section and let us know!