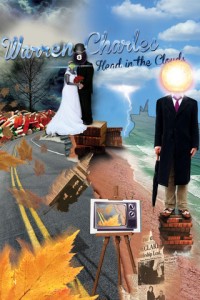 A couple of years ago, we witnessed what was perhaps one of the most creative ways for an artist to promote his work. Jay-Z in co-operation with Bing have released parts of the artist's book (an exploration of his life and lyrics) as part of an interactive campaign. Pages of the book were physically placed around the world and it was up to the fans to locate them. It was a very creative combination of technology and the physical world aimed at promoting the artist and his work. Although the AppStore was not a part of this endevour, we've seen artists in the past release iPhone apps that would try to combine technology and their work for self promotion. Today, we're exploring one more such app, from Los Angeles based rock band Warren Charles, through which they aim to promote their new album, Head in the Clouds.

More than a listening experience

The app is truthfully more than a music listening experience. From the cartoonish graphics and games to the actual album, everything in Warren Charles Head in the Clouds comes together for a unique feel. The central piece of the app is still the music album. You can listen to it in its entirety via its custom media player, even sing along with the lyrics.

Aside from the music, you can play games, watch exclusive video content, browse behind the scenes photos from recording sessions and more.

The games themselves are not incredibly entertaining. You have a choice between four games based on songs from the album.

In Forever Hold My Peace, you have to dodge the wedding guests as they come at you. Your goal is to make it to the altar in one piece and steal the bride. There's also a test your memory type of game where you'll be shown 5 objects and then be asked to pan through a large photo and find those exact objects. When you do, you'll be able to see the entire photo.

In the Leaving game, you can play around with the leaves in a tree by dragging, tilting or even blowing leaves. And the last game lets you jam along with the song "My Moment of Weakness" as you select a material to keep with the drums on. Like I said, not entirely entertaining, but a nice touch.

If you're not a fan of Warren Charles, perhaps you won't find their app that cool. But their fans will surely want to grab it and experience everything it has to offer.

Have this iPhone App already ?
What do you think of Warren Charles Head In The Clouds? Scroll down for our comment section and let us know!