Home » You know it’s Apple when… 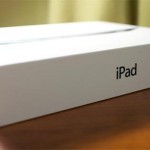 You know it’s Apple when…

...the box the product is in is so neat that you almost don’t want to open it.

You carefully check for a way in that won’t mess up the packaging. You’re sure you don’t want to return the product back, so it’s not a matter of saving the package’s appearance. Rather, you just want to do as little damage as possible to the packaging just because it’s Apple.

These are the exact thoughts that were going through my head when I came home with my brand new iPad2. It is a 16GB WiFi-only, white iPad2. A beautiful product, albeit I only saw it in pictures and videos, I always craved for a touch, just a touch. And now, when I finally got home and I could play with it as long as I wanted to, my thoughts were “Don’t ruin the box, don’t ruin the box.”

But the only way into that box was through its wrapping. So with a short cut to the site, I unwrapped the white box, popped it open carefully and lo and behold. The “magical” iPad2. The product may not be magical, but the feeling that overwhelmed me right then was. It’s like Christmas day, when, as a young boy, you wake up and run down the stairs to see what the old man left under the tree.

The first touch of the home button. Of course, I was nervous. The home button doesn’t turn on the device. But you don’t really think about these things when you’re bursting with excitement. I pressed and held that home button waiting for the iPad to turn on. After a few seconds, I realized that I had the wrong button and went for the power button. That did the trick and the Apple logo surfaced. Joy to the world! Well, rather joy to me!

What came next, that’s another story. There’s nothing you can do with the iPad2, yet, until you plug it into your computer and sync it with iTunes. iOS5 will solve that, but for the time being, I had to plug a chord and fire up iTunes.

If you already own another iDevice and have an account with Apple, the iPad will download those details. You also get a chance to sync any apps you have already purchased right to your new iPad. If you’re like me, you just want the damn thing activated already so you can hold it (wire-free). Which is what I did. I let it sync my account details and just unplugged it.

Every move is familiar already. The way you swipe, the way you get home, type or zoom. It doesn’t matter what other touchscreen device you own, there’s nothing like the iPad. The display is indeed gorgeous. The smooth surface just invites gentle touches.

Don’t waste time setting up functions, installing apps or any other things that you will just do every day from now on. Enjoy the moment when the iPad is new, when it’s the first iPad you’ve touched. It’s a unique moment and being productive right now will just spoil it.

There’s a ton you can do right out of the box, with no additional set up required. If you’re on WiFi, connect to the network. If it’s a 3G model, turn 3G on. Fire up Safari. Browsing at your finger tips. What was it that they said? You can actually touch the internet? Isn’t that neat? Who ever thought something so simple can make you so happy?

So what else can you do out of the box? Play with PhotoBooth. I think I’ve spent about an hour just messing around with that wacky app. Browse your favorite videos on Youtube. Your all-time favorite videos are right there, waiting to span the iPad’s screen. There’s more apps that come bundled in. Apps like Mail, Videos, Photos, iPod or iTunes, Maps or Notes, Calendar, Contacts. I could lose days talking about all the small things that make the iPad an iPad.

And what would the iPad be without the AppStore? With I-don’t-know-how-many apps specially designed for it, there’s no shortage of fun. I must admit, my first download from the AppStore was iBooks. It’s one of the reasons why I bought an iPad. The iBookStore holds hundreds of books, including free versions of Sherlock Holmes, Pride and Prejudice or The Art Of War by Sun Tzu.

But if you do get an iPad, you must get Flipboard. Flipboard is a free iPad app that lets you browse everything that interests you, from magazines to websites, from your Twitter feed and Facebook posts to your Instagram account, in a friendly and, I would say, addictive magazine format. Flipboard holds an ever-growing collection of reading material, curated from the web and by the web. It quickly became, over the past week, how I begin and end my day.

Unfortunately, it’s not all fun and games. The one thing I dislike about the iPad2 is its cameras. It features two cameras, one in the back used for video recording (at 720p) with audio and one in the front, VGA mostly used for FaceTime. Really poor quality and I really think Apple could have done better on this one. Sure enough, I won’t be using the iPad2 to take professional photographs, but with such a powerful collection of photography apps, it’s sad to see that you don’t really have the hardware to take advantage of them.

The other thing that got me a bit down is the battery life. Apple advertises that you can have up to 10 hours of surfing the web on Wi-Fi, watching video, or listening to music. To me, this didn’t quite happen. I’m not sure if it’s because of the first charge cycles being less powerful, or if I used it more than I thought I did, but by my calculations, the battery lasted me around 7 hours. I’m looking to conduct an actual test with keeping the settings at a default, and having a movie playback over and over again after a full charge. If I get at least 8 hours, I’ll be a happy man.

Until that test is complete, I welcome you to submit your own thoughts on this Apple product. And why not, savor a few minutes of my own joy opening the box - caught on camera!