Home » Get yourself movin’ with Mover

Get yourself movin’ with Mover 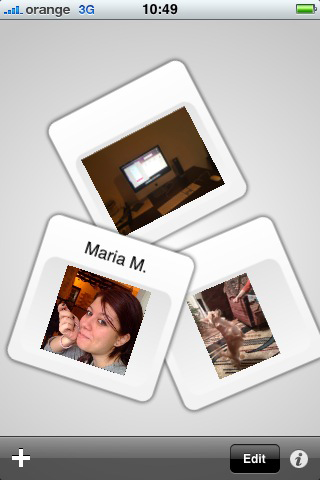 Mover is an iPhone app that allows the direct sharing of photos and contacts between two iPhones via WiFi, without the hassle of syncing pairing or third-party servers. Exchanging contacts and photos is as easy as flicking the item to the edge of the iPhone screen, making it as fun and as fast as possible.

Mover requires no device pairing of any kind. Just open up the app on both devices and the app does the rest in recognizing them over a shared WiFi network. You can then choose what to transfer, swipe the item in the direction indicated on the screen and the item appears on the other device (with a nice effect too). The receiving device doesn't need to save anything it receives, as the app does that as well. Be it a photo or a contact, Mover recognizes and saves it to its appropriate location.

The information transfer takes time based on the file size, but even we tried to transfer a complex contact, with photo attached, the transfer itself took less than 10 seconds. However, we're still waiting for an app that would allow sending more than contacts and photos. For Mover itself, we're looking forward to an upgrade that would not limit the number of items that can be sent at a time.

With a clean and effective user interface, Mover gets the upper hand on other similar iPhone apps. If you remember Bump, where you could only share contacts via a third-party webserver, Mover made it easier to connect two or more devices between them via WiFi, no pairing required, allowing you to share more than just contacts. Although at the very core the two iPhone apps fulfill the same basic purpose of exchanging information, and bumping two iPhones together is way more fun, we would give Mover the extra credit for development, until Bump gets a new upgrade to allow exchanging of more than just contacts.

Have this iPhone App already ?
What do you think of Mover ? Scroll down for our comment section and let us know!