Home » Skillz Puts Your Mixing Skills To The Test 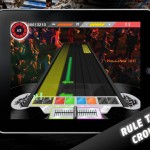 Skillz Puts Your Mixing Skills To The Test 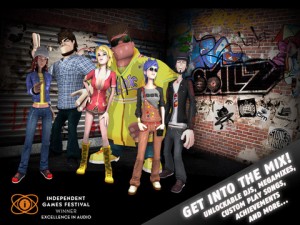 The time when you went to a club and heard disco songs being played all night is long gone. Today, club music is all about DJs mixing our favorite songs on the radio. And, like all music genres, this too has its fans and haters. The fans can't get enough of these mixes and are eager to try their own, while the haters see these DJs as nothing more than people who scratch vinyls and push a couple of buttons for a living. Whether you are a fan and try to improve your skills or a hater who thinks that club music has nothing to do with skills, try Skillz and put your mixing skills to the test. (Wow, that’s a lot of skills in a sentence)

What’s the deal with Skillz?

Skillz is the Guitar Hero for club music. If at Guitar Hero you had to pinch the strings as you were shown on the screen, with Skillz you have to push the right buttons and scratch the vinyl as you are shown. Sounds easy, right? Well, with two vinyls to scratch in three different ways, four sample buttons to tap and a crossfader to move from right to left, it might take more than a couple of tries to get the hang of it. Especially for those of you who haven't played any similar games before.

But once you get the drill, you're hooked. And the features that Skillz has to offer will make it even harder to quit, even if you will get boo-ed off the stage a couple of times.

The first thing you will like about Skillz is the design. You can choose to play on five different stages, each one with its own story, look and type of people. And once you start playing, you will actually see the crowd dancing to your music and cheering at the sound of your beats, giving you the impression that you are actually performing in front of them.

Get rewarded for giving the best mix

Skillz is also extremely engaging. You don't just play your song, try to do your best and that's it. The better you mix, the more points you get and that leads to more than you think. First of all, the more points you score, the higher rank you get. And the ranking names are also pretty cool. Depending on your performance, some ranking names will not be flattering, but others will give you confidence, and if you are the best, your ranking name will show it.

But prestige is the least that scoring a lot of points will bring you. With great mixes come more songs and more characters that you can unlock to reach the highest of your potential by delivering the best beats. Until you do, you still have 25 songs to play and a couple more that you can buy. Also, what makes it more fun is that in Career Mode you get different songs to play depending on the location you choose. However, even if you choose Career Mode or Custom Play, the audience will boo or cheer you just as fast in both modes. So, if you think you can do better, don't switch from custom to career. Instead try changing skills levels, from easy to normal or hard.

And before you take out your iPad and start mixing and showing off, a few words of advice. Make sure your iPad is safely grounded on the table. You’ll need both hands and most of your fingers to play this game. Read - the - tutorial! Twice if possible. Don’t go into a mix when you don’t really know what to do. There are buttons and combos you need to master in a tutorial before moving on to the real deal. And, as always, have fun with it!

Think you have the skills to bring the beats that will throw the crowd in a dance frenzy? Then download Skillz and challenge yourself...or better yet, challenge your friends to out-beat you in the ultimate online mixing battle that Skillz provides through OpenFeint.

Have this iPhone App already ?
What do you think of Skillz for iPad ? Scroll down for our comment section and let us know!