Home » Zig Zag Zombie Gets You On The Monsters’ Side 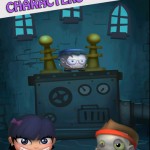 Zig Zag Zombie Gets You On The Monsters’ Side 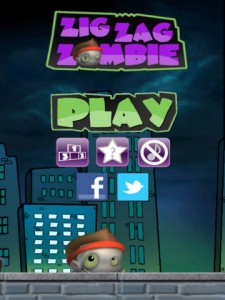 It's hard to be a teenager. And when you're also a zombie in a world of humans, it gets even harder. Humans are afraid of you, the Anti-Monster Squad is always after you, so how can you live a normal zombie life? This is the story of Zomb, a high-school zombie kid, with a lot on his mind. The only thing getting him through the day are his friends. And now, he wants you to be his friend too. So, if you think you've got what it takes to help Zomb fight the Anti-Monster Squad, and collect brains, download Zig Zag Zombie HD from the AppStore today.

What is Zig Zag Zombie HD

Zig Zag Zombie HD is a pretty challenging game, where you have to guide Zomb and his friends towards brains and Anti-Monster Squad guards. Your goal is to help the monsters collect all the brains on the screen, while destroying all the guards. Oh, and have I told you it's an aim and shoot type of game? This means you'll also need to put your strategic cap on, since you only get to set the monsters' positions once per level. After releasing them, it's pretty much a wait-and-see game, since there's nothing else you can do but observe what you've done wrong, and start the level all over again, hopefully not repeating the same mistakes.

It sounds pretty hard, I know. But once you get the hang of it, it gets pretty addictive as well. Plus, as the levels become more challenging, stronger friends come to the rescue. There's the human Zora, the Frankenstein looking monster called Frank, a ghost called Hunt, a rocket monster called Rocko, Vamp the vampire, and last, but not least, the Bomber. Each one of these characters has its own special power, and if you use them wisely, you'll be done with those challenging levels in no time.

It’s challenging but wicked fun. That is if you also take into account all the traps, before launching the monsters. There are all sorts of traps waiting for these cute monsters in Zig Zag Zombie HD. So, you'll also have to take them into consideration when setting the monsters' trajectory, and try to avoid them or use them to your advantage. Also, bare in mind that the goal of the game is not to collect as many brains as you can, and destroy as many guards. You'll have to collect all the brains, and destroy all the guards to clear the levels.

But the rewards will soon follow. There are 60 challenging levels to play, carrying you through 3 nicely designed worlds, plus secret levels that you can unlock by collecting brains. It's true, Zig Zag Zombie HD does get frustrating at times, when you fell like you've tried every possible combination and nothing has worked. But remember: contrary to common belief, good things don't come to those who wait, but to those who work for them.

Have this iPad App already ?
What do you think of Zig Zag Zombie HD ? Scroll down for our comment section and let us know!