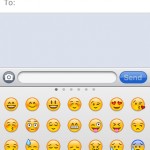 Emoji Fun – 450+ Emoticons For Your Delight 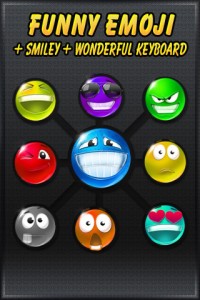 Emoji Fun - 450+ Emoticons For Your Delight

It’s becoming pretty clear that the standard QWERTY keyboard with its standard 104 keys no longer fulfills the demand for texting, emailing and writing your friends. The 104 keys don’t express emotions, and this is an issue that has been tackled by various apps in the AppStore. These apps allow the user to use a multitude of icons that express in a picture what would otherwise take up a few words or a whole sentence. These icons have jointly taken the name emojis, and although this word isn’t in the respected dictionaries like Webster or Oxford, any one of the millions of mobile phone users can accurately describe them.

Emoji Fun ultimately does the same thing. It features a similar process of installing the emoticons on your iPhone as well. Upon starting the app, it tells you that you need to activate a new keyboard from the International section under Settings > General > International > Keyboards > Add new keyboard > Emoji.

After doing this, Emoji becomes second language to you. Whenever you need to express yourself visually in an SMS, just tap the language-changer icon (hint: it’s right next to the space bar) and you have a new keyboard, only instead of letters and numbers, you have over 450 emojis to help portray your mood.

As with any other emoji app, it has one colossal problem. It doesn’t always work on the receiver end. I wrote a neat little emoji-powered SMS to myself (ie. from my iPhone to my Android-powered HTC) and, to my great disappointment, I only got blank squares where the emoji icons should have been. It seems to be that the app works only on iPhone-to-iPhone conversations, and even there I’m not sure if it isn’t the case that both iPhones need the same emoji app installed, with the new keyboard also selected.

This does pose a question to developers as to how can we ensure that the same message that is sent is received on the other end, even if the receiver doesn’t have an iPhone or even a smartphone. I think the app that will solve this problem will basically deserve our admiration and will prove to be a game-changer in the world of emoticons.

Until then, I must say that paying the $0.99 for Emoji Fun is worth it if you like to use those emoticons for yourself in notes or if you’re sure what your friends are receiving the SMS on. It’s also worth it for the 450+ icons, but again, the sheer number doesn’t mean much more than 450+ blank squares on the receiver end.

Have this iPhone App already ?
What do you think of Emoji Fun ? Scroll down for our comment section and let us know!