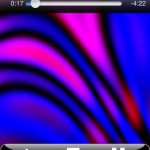 Inner Peace Through The iPhone’s Speakers 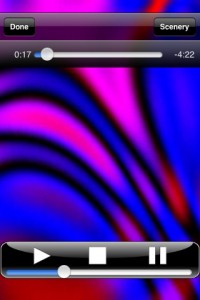 This is no magic app, there’s no hocus-pocus involved and it’s definitely not a make-believe app. Healing Waves is the iPhone app to have around when you’re troubled, stressed and generally need soothing. The app itself may not do much, it may not have a great design, great functionality and it may even be sluggish at times. But what you’re paying for is the music.

When working, I often pop in some chillout music like Enigma or Enya. It’s really calming, takes the stress away as if by magic and I tend to forget that what I do is actually work, and hence cannot be appropriately labelled relaxing.

Healing Waves proposes a new type of music, which may not be suited for a work environment, but as I’m writing this review, words just seem to flow on the page while listening to tracks from Clifford White’s Ascension album.

The app proposes six relaxing tracks selected from White’s albums: Ascension, The Healing Touch and Revelation. These six tracks are available for free, while the complete albums are available as in-app purchases, each for an additional $3.99. The app itself is not that expensive, considering what it offers: $1.99. To have them all, the total would be about $14 plus tax. That’s a good price. One of his albums goes for $8.99 on iTunes.

Putting aside content, the app itself doesn’t do much. You can select the album to play from, then select the track and enjoy the music. You can change the scenery by selecting from a list, but that just seems like a gimmick rather than actual use.

Who is Clifford White?

Having never heard of the guy (I know shoot me now), I had to dig up a bit of info on him. He’s an U.K. new age composer best known for producing a style of instrumental music that fuses electronic, progressive and ambient with jazz and orchestral music. He’s produced 11 solo items to date, and his latest, Atlantis, has been voted the no. 1 New Age Music Album of 2010. The app doesn’t contain any tracks from this album for free, but you can purchase it for $3.99.

Given that the app itself has barely little functionality, I can only give it a 1/5 rating (the lowest rating), but where functionality lacks, it makes up with content - 4/5. The final rating should combine the two factors - 3/5. This was the first time I’ve had to explain my ratings, but Healing Waves seemed to me like it might stir up controversies best avoided.

Have this iPhone App already ?
What do you think of Healing Waves ? Scroll down for our comment section and let us know!

One Bite to “Inner Peace Through The iPhone’s Speakers”