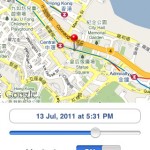 The Exonerator Is Like Having Your Own Friend In The Jury 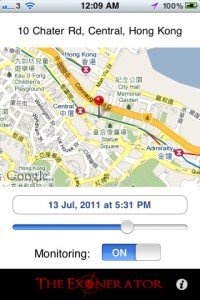 We are all familiar with the fable of the boy who cried “wolf.” And most of the time we end up being characters in that story. Whether you are a distrusting person or you find yourself in the situation where others seem to treat you as the boy in the fable, there's a simple solution to this problem. Its name is the Exonerator and it's just one app download away.

The Exonerator does exactly what its name indicates: it exonerates you of guilt if you are indeed innocent. Imagine coming home late to an angry spouse who starts asking questions and not having to spend hours in an uphill battle convincing your significant other that you were just working late. And when you tell your boss that you were sick and spent all day in bed, you don't have to bring the doctor and a couple of friends as witnesses. All you have to do is let the Exonerator access your location and it will follow you wherever you go keeping an accurate record of your location at any time.

But the Exonerator's merit isn't just that of proving your innocence. Let's say that last night you were out with a couple of friends. And they took you to this great place, but since you got there by cab and had too much to drink to remember the name of the place, today you find yourself in a dilemma. How to you get back there? Just access the Exonerator and take a look at the locations it had registered yesterday. And bingo, you've found it!

Your best friend or your worst enemy?

Guess from now on, the benefit of the doubt won't be necessary anymore. Just bring the Exonerator to the table and it will prove your innocence...that is if you really are innocent.

Have this iPhone App already ?
What do you think of The Exonerator ? Scroll down for our comment section and let us know!