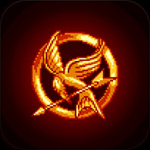 The Apple AppStore has been around for four years now, and Hollywood for a whole lot more than that, but it’s only been in the last couple of years that box office hits found their way in one for or another on our iPhones and iPads. Apps that aimed to introduce us to the world described in the movie, or games that stranded from the original movie plot. Sometimes, the movie is better than the game, but sometimes, the game goes way beyond of what the movie offers. I’ve quite enjoyed the Cowboys and Aliens game that came out last year, but dreaded the money I spent to watch that movie. I really liked 2012 the movie, but found the game to be too…away from the movie.

This year, so far, only a handful of Hollywood box office hits found their way to our iPhones and iPads. And we want to tell you about the best ones.

Dr. Seuss's The Lorax was that type of movie suited for all ages. It has the beautiful animations and the furry characters that would make any child giggle. It has the love story that makes all girls go: "awww.” Plus, it has a quest and a pretty cocky character for its shape and size that can make even the most serious of you guys burst into laughter. So, it's no wonder that it made its budget from the first weekend when it was released. And the game it inspired is pretty much of a hit all by itself.

The Lorax is a beautifully designed game that, much like the movie, can be enjoyed by anyone, no matter the age. It's a fun arcade game made up of 40 levels, where you basically have to help Pip (you still remember this cute furry character right?) land a marshmallow safely on the ground. The game is made up of multiple puzzles, and you have to figure out in which order to break the structures where the marshmallow is sitting, to insure its safe landing on the ground. There are, however, all types of structures, from easy to break wooden blocks to rocks that can not be cracked. Plus many others like sticky rocks filled with honey, slippery rocks filled with moss, or bouncy pink sponges. Some are there to help you complete your task, but most are just there to get in your way. The more structures you break, the more points you get, and the faster you prove to the skeptical Lorax just how handy Pip is.

Anything is possible in the future. Who would have thought 20 years ago that we will be able to control our devices by tapping on their screens? And just this type of far fetched, but yet possible future, was what inspired The Hunger Games. In a world where, every year, a boy and a girl are chosen to fight against others from the 12 Districts, Katniss finds herself in need of volunteering to take part in this cruel game taking place mainly for the entertainment of the Capitol.

While the movie follows Katniss' experience from the training point to the battle field, Hunger Games: Girl on Fire is more focused on the training part. The game is more intended as a teaser for the movie, rather than an interactive version of it. The game's plot is simple: you play as Katniss and, as you venture into the woods in search for food, you get attacked by a swarm of vile tracker jacker wasps. There's no way for you to avoid them, so to get back home, you'll need your bow and arrows to destroy them.

The gameplay is pretty simple. Besides moving from one platform to another and shooting arrows, there's not much else you can do. In all fairness, Hunger Games: Girl on Fire is not a very engaging game, since it fails to give you the sense that you're actually moving forward in the game. Indeed, the wasps get stronger, but you basically do the same things over and over again: run and shoot. And the graphics are pretty poor too. However, Hunger Games: Girl on Fire still has the merit of bringing The Hunger Games to the Gaming section of the AppStore, as well.

The Avengers was probably one of the most expected movies of 2012. And the numbers proved it. Having all these superheroes gathered together in one movie, there's no wonder it's been Number 1 in the Box Office for almost a month. Plus, besides superheroes and a super-villain, The Avengers was one action packed, but also funny movie. And the game is not shabby at all.

Marvel KAPOW!, the free version, includes 6 action packed levels where you get to be one of the most powerful and popular Marvel heroes. You get to be Captain America and use your mighty shield to defeat the evil Red Skull. Fight Ironmonger with Iron Man's gauntlet. Or defeat your evil brother Loki with Thor's hammer. The rules are simple, the controls are even simpler, but defeating all these villains will take resistance and speed. The more consecutive targets you hit, the more points you get. These boost your rank, but also give you access to more cool power-ups. It's true: an action game following the movie's plot would have probably been more exciting then Marvel KAPOW! But, let's not forget that Marvel KAPOW brings together even more superheroes and villains than the movie itself.

We’ve had two hits and one miss so far, and I want to tell you about the biggest hit of all. And that’s MIB3. If you’re a fan of the series, you’re bound to instantly love this game, although it’s not what you’d expect. The game features more strategy than action. It’s a resource game, where you have to plan ahead what you spend, on what and when.

Your task, obviously, is to stop the aliens from destroying Earth, and there’s no shortage of aliens in MIB3. You play an agent that has to manage the MIB headquarters, build and upgrade its structures, collect taxes from its alien population opening stores there or just passing through, develop new weapons and vehicles, train a crew of agent to help you on missions and, yeah, fight those damn aliens.

There are three types of resources you need to manage: money (used to build structures, weapons, armor and vehicles, but also train new agents), energy (used to do pretty much anything in the game, whether you’re building, interrogating aliens or fighting them) and, of course, your health.

The alien battles are not that entertaining, since all you do is sit and shoot in a turn-based shoot-out, but they are quite hard to win. It doesn’t always depend on numbers and life.

Gameloft has gone above and beyond with this release of MIB3, and although I haven’t seen the movie yet, I have a good feeling about spending some hard earned cash to watch it in full 3D.

Did we miss anything? Let us know in the comments!