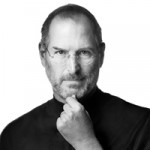 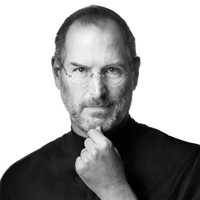 This is one piece I would not have thought to write. It seems I thought that the man who defied standards and dogmas, the man who refused to limit his imagination and thinking, I always thought the man would continue to defy his untimely end. He said that if you live your day as it were your last, some day you’ll most certainly be right. And yesterday, he was right.

It’s hard to think that the man who visited PARC and saw the benefits of a graphical interface, the visionary who had a dream of a personal computer in every home, the leader that stood up to Big Brother, left without announcing his last “one more thing.”

I’ve been an Apple user for the past three years, and in this short period of time, my life has been changing for the better every day. It’s hard to imagine that I’ve once designed magazines on anything other than a Mac. Creativity comes natural when I get to touch and interact with wonderful products.

Three years and some months ago, I had no idea who Steve Jobs was. Apple was just a fruit to me. I could have easily mistaken Apple Inc. for a fruit company, much like Forrest Gump did. I celebrated 23 birthdays without even knowing that thousands of miles away, on a different side of the globe, there was someone else celebrating his birthday at the same time. Someone who would undoubtedly change the way I see the world, see my life, and, ultimately, how I work and perceive what I do.

Three years and some months later, I’m writing about the end of his life on a product that he created - the iMac. I read about the news on the magical revolutionary product that he announced earlier this year - the iPad2. And I told my mom the bad news over the phone that changed the industry - the iPhone. So now, as I write this, I can only say “Thank you.” It’s a late and long overdue thanks. But these are the only words I can utter in his memory.

To a great leader, a visionary and ultimately a man that proved the cycle of life I say this: Steve Jobs: 1955 - never. Never be forgotten. Never fall through the cracks of history. Never die within my mind. May you always be the beacon we all must often times in life look for. You died as a man, but you live on as an icon. Rest in peace!