Home » What You Need To Know About The iPhone4S 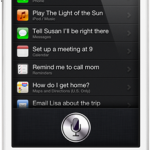 What You Need To Know About The iPhone4S

So the iPhone4S launched in the US two months ago, but it wasn’t until last month that a lot more international launches happened around the world. Living in Romania certainly didn’t make it easier for me to get my hands on the new iPhone, not to mention that I was waiting to upgrade my 3G (yes, my 3G) for like forever. But a few weeks after the launch in Romania that happened on November 11th, I finally got the iPhone4S in its shinny box, iCloud sticker and all. So what’s in the box, is it worth upgrading your phone to Apple’s latest model smartphone and what’s ahead for the users in terms of software?

A little bit of a disclaimer before I get into the good stuff. Most of the opinion in this article has as a basis the fact that I switched directly from the 3G to the 4S. iPhone4 users may not have the same blown-away experience I had when I first touched the iPhone4S.

On how not to judge an iPhone by its cover

Many users were disappointed that Apple didn’t unveil an iPhone5 (who the hell cares what number the phone carries, but anyway), even more so because the all-new iPhone4S is strikingly similar to the iPhone4. While I agree that it looks the same, the iPhone4S packs a punch under the hood, and I don’t particularly care how it’s called as long as it does its job and lives up to its promise.

There’s a load of changes on the inside, but what’s most important is the new A5 chip, the same chip that powers the iPad2. It’s a dual-core processor (single-core A4 on the iPhone4), which speeds up graphics and performance.

The camera got a significant upgrade, giving you 8 megapixels (about 60% more pixels than the camera on the iPhone4), but it also has a custom lens system that adds an extra lens to shape incoming light and give you a sharper picture.

For travelers, the iPhone4S brings terrific news. It supports both CDMA and GSM networks, which means it will work both with US networks and with international carriers that support CDMA or GSM standards.

Couple all of these with a new wireless system that uses two antennas, switching back and forth between them when it’s transmitting and receiving data, faster cellular data transfer and Siri and you’ve got a whole new beast under the hood.

Siri, are you as awesome as Apple says you are?

Yes, I am - that’s what she’d say. In fact, this is the feature that got me more excited than anything else the iPhone4S advertised. I owned Siri back when it was a standalone app, not bought by Apple. The speech recognition mechanism was pretty polished back then, but being outside the US, you could barely use it. Frequent uses of Siri included restaurant bookings, calling a cab or booking a movie or concert. But a lot of the data was based on your location in the US, so that rendered it useless internationally.

Now, with Siri built right into the OS, anyone can get a bang out of using it. You still need to speak English, of course, but what Siri can do now is amazing. You’ve seen all the Apple commercials so you know what I’m talking about.

What’s really amazing is that Siri will have an answer for any of your questions. And if it doesn’t have a built in answer, it knows where to look for one or suggest to you what you might do to find it out for yourself. And that’s what a personal assistant should do.

Siri can schedule meetings, reminders, geo-fenced reminders, read back to you your emails and texts, reply to these for you, tell you the weather or the time anywhere in the world, look up contact information, call contacts or show you stock information. It basically has access to every app that’s built in to the OS, save for a few (like the camera for example).

To upgrade or not to upgrade

If you’re coming from a 3G or a 3GS phone, you’ll be stunned by the detrimental increase in performance and graphics (the 4S sports the retina display). Everything is pixel-perfect and the phone performs admirably. I barely turn on my 3G right now.

If you already own an iPhone4, keep in mind that while your phone will receive almost all the iOS upgrades the 4S will, you’ll be missing the 8 megapixels camera, the A5 chip and Siri dearly. Apple apparently has no plans to bring Siri to the iPhone4, so if you want to stay ahead of the curve, the iPhone4S will keep you there.

I bought an iPhone4 as well this week, as a Christmas present, and of course I wanted to get a feel for any slowdowns that the phone might have when compared to the 4S. The performance improvement on anything other than games is hardly noticeable. The photos you take right now with the iPhone4 though are lacking in quality when compared to the 4S, but my bet is on the new lens system and not just the extra megapixels.

When it comes to games, you’ll want the A5 chip. Graphics are seriously improved and on high-performance games, the performance improvement is obvious. I tested Asphalt6 Adrenaline on both and after the first few laps, I was starting to miss the 4S.

Because the iPhone 4S has almost exactly the same form as the iPhone 4, your iPhone4 accessories are probably compatible with the 4S.

In the end, it’s a matter of convincing yourself that Apple has pulled a rabbit out of the hat and that that rabbit is what you want in your own hat. The iPhone4S might not be magic, but it will be love at first sight. Guaranteed!