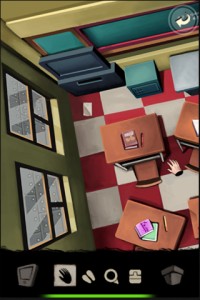 This is the fourth room that you’ll find yourself in - entitled “Hope.” If you want to take a look at our walkthrough of the Third Room you can find it via the link. So fire up your Escape The Room 2 game and let’s go!

As always, let’s first pick up the objects you’ll need to solve the puzzle and escape the room. In two of the lockers located on the south wall you will find a hammer and a die. In a cup, on the desk right near the blackboard, you’ll find a cutter (seems like the cutter is in every room so far, doesn’t it?) and on the blackboard a piece of chalk. This room doesn’t have too many items for you to work with, so after you get that piece of chalk, you’re pretty much done. 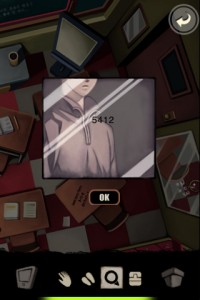 If you examine the mirror on the south-east wall, you’ll see that there are some scribbles on it, but nothing you can make out without a bit of magic dust. And by magic dust I mean chalk dust. Go to your inventory and mix the cutter with the chalk to get chalk powder. Use the powder on the mirror and you’ll get a four digit number.

Naturally, you now run to the safe located in the northwest and use the combination on it. But, alas, to your disappointment, that’s not the right code. And of course, this where the puzzle lies. You actually need one more piece of the puzzle to put two and two together.

Go to the desk near the mirror with the code on it and use the magnifying glass on it. You’ll see that the desk is scribbled as well, but those scribbles don’t make much sense. You have four circles of different styles and four numbers next to each. To be sure, jot down those combos or, if you’re following with the game in front of you, here they are: 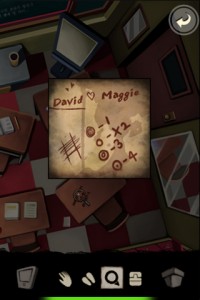 Four coordinates will make up four new numbers, which make up a new four digit combination. This is the real key to the safe. 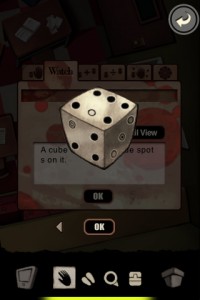 Then the code in the mirror is much easier to match. If you have code 5412, the safe combination is side 5, side 4, side 1, side 2, so 7463. This is just an example, your combination will be different. It’s a complex puzzle that required attention and not really anything else. 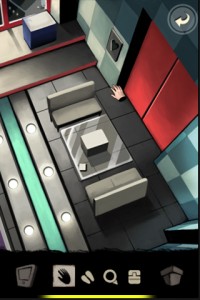 It's not the end, yet

…Only to enter another one. In here, you will see to the east a door with a heart-shaped hole next to it. Once you touch the hole, a conversation with Maggie takes place and you end up going back to the previous room to pick up the heart on the desk (the one you couldn’t pick up earlier). But as soon as you do, the door closes and you hear Maggie screaming. You throw things at the door and around the room, faint and when you wake up the blackboard is half smashed in. Use the hammer to finish the job and walk through the hole. You’re home free!

Extra things to watch for

That hammer is one nifty piece of tool. You can use it to break a lot of things in the two rooms. But never, NEVER, break the mirror with the code on it. That will get you killed instantly. Instead, you can break the three windows to the west. Inside the middle one, there’s another golden key for you.

Also, when you first find yourself in the room and you finish your conversation with Maggie, pick up the jigsaw puzzle from the book on the desk. I;m actually curious as to what you can actually do with these...